You’d think he had no manners.  No sense of decorum or courtesy.  He must surely be rigid and bitter, certainly xenophobic; he shows signs of anti-social behavior and is narrow-minded to a fault.  No debate is allowed, differences are shunned or punished, and a loving, open heart is to be derided as naive and disloyal.

Or at least God as presented by the good folks who brought us the Crusades, the Salem Witch Hunts, terrorists, Magdalene Laundries, my grade school principal, centuries of oppression, honor killings, legions of war, the Left Behind series, addled priests, and the “family values” platform, just to name a few examples. It’s not news that God is the purported muscle behind all these shenanigans but if I were God, I’d be damned embarrassed  by now (if, indeed, God can “damned” about anything). 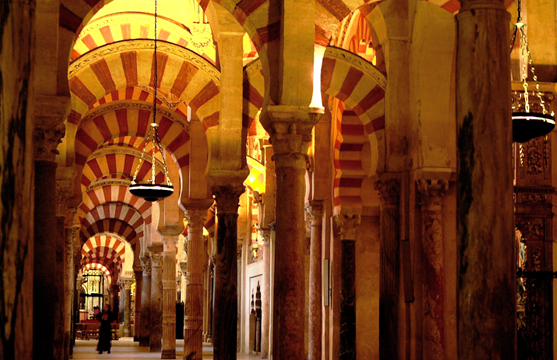 I’m not comparing atrocities — the Crusades were way worse than Prop 8 or my heinous year at that all-girls Catholic boarding school — but there’s a throughline to all this that’s inescapable. An equation that goes something like: God’s Supposed Mandates=Hateful/Bigoted/Intolerant Behavior. A non-Catholic at the wrong end of history ends up on a rack. School children are blown to bits because the two Gods of Ireland can’t tolerate each other. A guy shoots an abortion doctor because God demands it. Young men and women are convinced by Allah to make themselves bombs and kill hundreds. A politician implements dangerous public policy because God said so. Somebody else’s God said some guys can have lots of wives and some of them can be 14; another, that sex is hell-worthy if marriage isn’t involved, dancing begets wanton behavior, women must wear burkas and 52% of Californians should vote to deny basic rights to gays (seems a lot of people’s Gods do not like the gays). God, in his many incarnations, is clearly a very opinionated (and cranky)  fellow.

down and recorded by Man, Human Being Man, and, as such, includes interpretation, spin, distortion, opinion, contradiction, misunderstanding, and personal perception. Much like the Telephone Game. By the time “cats and dogs like to play together” goes from little Susie down past ten kids to Bob, it sounds something like “fat hands oughta pray in heather.” Odds are, by the time notable mandates traveled from God’s mouth to various ears, they’d similarly been through a many-centuried filter of personal interpretation…the Telephone Game as presented by Matthew, Mark, Luke, and John; Angel Gabriel, Moses, and Muhammad; TV evangelicals, parish priests, rabbis, mullahs, and street corner poets. I just think if we’re going to burn witches, cut off children’s noses, fly planes into buildings, hate our neighbors and vote for discrimination based on God’s Telephone Game, we might want to reconsider our intuitive definition of morality. 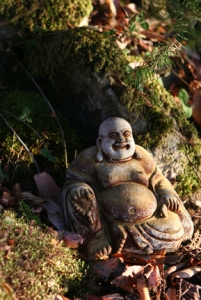 Everyone claims to have God on their side but in a many-sided battle that’s mathematically impossible. So who’s right and how can we know? And I really want to know because beyond the aforementioned horrors, I’m beyond weary of all the name-calling, button-pushing, pundit pounding, blog baiting, brow beating behavior that passes itself off as public discourse. It seems essential to solve the conundrum but here’s why that’s difficult: Everyone has their own God, they love their God, their God is precious and, more than anything, THEIR GOD IS RIGHT. About everything. And yet all the various and opposing Gods hanging around these days — and for time immemorial — don’t seem to get along, don’t seem to agree on much of anything, particularly the really important stuff, and so you’ve got the combustible situation of Godflagration. Or, in other words, All Hell Breaking Loose in the Name of God.

NOT ALL THE GODS CAN BE RIGHT. If God 1 says “global warming is just a lotta hog-wash” and God 2 says, “Human beings are destroying their planet and need to wake up,” which God is right?  What about God 3 who says “I made every human being as they are, love and respect each other without prejudice,” and God 4 says “I love everyone but homosexuals, who are an abomination and don’t deserve equal rights,” where do you go with that?  Then there’s God 5 who sees the beauty and integrity of every religion and God 6 who’s really pissed off because law-abiding Muslims want to build a center with a prayer room somewhere near Ground Zero. There are too many Gods in the kitchen and the broth they’re dishing up is a mess.

I can’t speak for the world but when did we become a nation of narrow-minded haters? People who hold God and religious beliefs as armor to push against any opposing viewpoint with intolerance?Really want a scare? Scan the comments under any online article today about anything controversial and you will see the bilous, hateful, bigoted, often terrifying viewpoints of anonymous believers of God (well…their God) and you’ll know, right there, that convincing those kinds of narrow minds that they might have missed the whole damn point of God is all but futile.

Discouraging, but I remain hopeful nonetheless. Maybe it’s just wishful thinking but I want to have faith that we as a nation, a world, a community, a collective, a village, can find some accord, a balance of sorts; at least a modicum of tolerance for each other. Perhaps we can put aside dogma and really embrace that old chestnut that still resonates in its wisdom and simplicity: “Do unto others as you’d have them do unto you” and “Love thy neighbor as thyself.” The Golden Rule. I’m told God mandated those ideals as well.

[And, yes, I did use the male pronoun for the sake of literary simplicity. Got an issue with it? Scream quietly to yourself and leave a civil comment.]

All photographs by Lorraine Devon Wilke

79 thoughts on “Godflagration and the Search For a Better God”