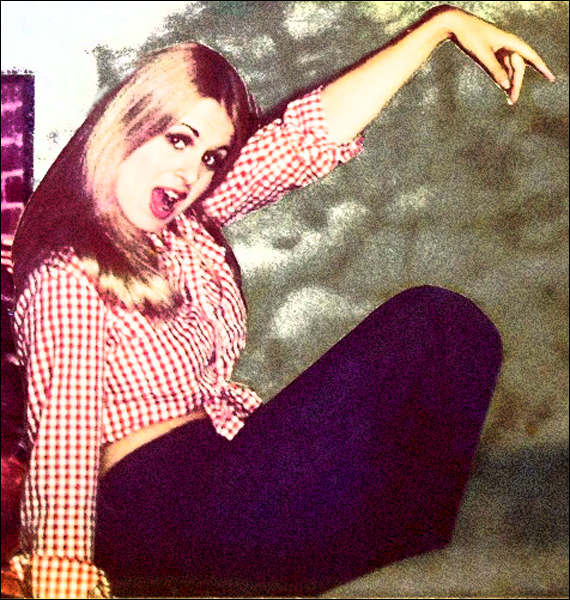 I’m joking. My face was never supposed to fall. 🙂

I’m writing this today because, after a recent commenter accused me of being “too old” to grasp the finer points of whatever it was they were schooling me on, I got to thinking about the currency of age and aging as an insult. It is one strange sword.

Aging is a weird thing, though, no getting around that. Yes, it’s universal, it’s inevitable, and even your three-year-old is doing it, but the term seems only to apply to persons of a certain demographic…and is rarely offered as a compliment. A baby is “getting so big!” A toddler becomes “such a big girl!” A kid is “all grown up!”; a teen, well, let’s face it: a teen couldn’t be happier than when hearing, “you look so much older than your age!” Twenty-, thirty- and even forty-somethings are “coming into their own.”

The rest of us? We’re aging.

The Aging Demographic (or “AD”) is loosely comprised of those past their “prime” years, the years when most people look the best they’re ever likely to look, when sex drives every conversation (consciously or unconsciously), when everything seems possible, and when people admire you without the addendum of “for your age.” I knew I was in the demographic when a record producer commented (as he was rejecting me in lieu of a much younger singer), “you’re just not current anymore…though I bet you were hot in the 80s.” Really. He said that. To my face. My old, sagging, AD face.

But despite the raggedy edge of age’s cutting tool, I think I’ve surrendered to the process rather graciously, with humor, acceptance, and a certain appreciation for its cloak of invisibility (there is freedom in knowing hardly anyone’s looking at you anymore!). Then again, what are the options?

Being ungracious, for one thing. Fearing it, denying it, defying it in ways that reek of desperation: silly clothes from Forever 21, surgery from the “best of Beverly Hills,” inordinate obsession with all things trendy. Many of our demographic have undergone the microscope and knife, leaving us with peers whose gently aging faces now have jawlines so sharp they could cut paper, cheeks that give Alvin a run for his money, or, God save us all, those duck lips that turn even the finest face into something oddly inhuman. It seems we’ll soon have whole generations of aging men and women who resemble Katherine Helmond in Brazil and I don’t mean the country. This, apparently, is our culture’s misguided answer to the conundrum of aging.

But I get it, too. It’s tough to stay relevant in our overcrowded and viciously, vacuously viral world. It’s work, it’s effort, and it can be soul-crushing. As the old saying goes: “If you wanna dance, you gotta pay the piper,” and those who dance in the world of business, media, music, movies, TV, or even literature (if you can’t look hot you better write hot!) have been forewarned: payment is the currency of youth and beauty… even for those who are still young, particularly women. As controversial hip-hop artist, Iggy Azalea, all of twenty-five, explains:

“It’s hard to be a woman in 2015 with social media. There’s so much more emphasis on taking pictures of ourselves and the ‘likes’ or people commenting on them. There’s a lot more pressure to look beautiful. Some days I just want to look like s**t and feel okay with that.”

I hear ya, Iggy! When the front pages of even the most esteemed news sources lede with stories about who lost their baby weight the quickest, whose butt is breaking the Internet, or “can you believe these stars are in their 50s??” (when we all know they have seen Dr. Beverly Hills!), it’s clear we’ve lost our way on this topic.

But even everyday people are more pressured than ever to stay uber-competitive in jobs where management’s bleats about “fresh and cutting edge” are most often code for “watch your step…your old ass can be replaced any time.” I have friends in their fifties, sixties, and seventies who are smart, vibrant, and rife with expertise and know-how, but worry daily about when the “aging axe” will fall.

But, on the flip side, there’s an interesting thing that happens once you get past the indignity of no longer being seen as “hot,” whether sexually, creatively, or commercially, perks to aging that no one tells you much about. There’s little emphasis on the fact that (forgive the cliché), much as it does with fine wine, artisanal cheese, or expert haircuts, time can season and perfect a thing, evolve it into its finest incarnation, its best version of itself. Things like a mind, a heart, a worldview, a sense of self… a person.

They don’t tell you how much calmer and less frantic you’ll feel, or mention the well-spring of patience you might discover within yourself. They forget to make clear just how philosophical and accepting you may become; how circumspect and objective about the minutia of life that tends to drive younger people crazy (that drove you crazy). Infrequently mentioned is how you’ll feel less apologetic, less beholden; more independent, and certainly more irreverent. You’ll care less about what other people think and more about what feels right to you, what resonates in your gut… even if your gut is bigger than it used to be!

You might even find yourself feeling sorry for those with the burden of youth: the pressures to be trendy and hip, the intensity of expectation for success and wealth; the confusions around how to be caring and compassionate in a culture built on snark, smartphones, and mindless “feuds” amongst privileged pop stars. I watch younger women work so damn hard to meet every beauty standard demanded of them — from managing body hair and high heels, to posting the appropriate number of selfies — and it all looks so exhausting. Clearly I’d have never made it as young person today…too damn culturally lazy!

As for young men, I observe many struggling to find the exact right balance between affecting cool and competence, romantic and non-committal, devil-may-care and well-employed, and I know how delicate that youthful branding exercise can be. It all matters when you’re young, self-obsessed, and certain all eyes are upon you. Which they often are.

Then you’re aging and nobody’s eyes are upon you. How freeing!!

Well, sorta. I mean, it is freeing in all the aforementioned ways, but occasionally I walk into a room where I would’ve caught glances in the past and notice how few look up these days. That’s OK, I say to myself, you’ve got other things to offer. Then I see the woman in the mirror and wonder, when did that happen to my neck and where did my jawline go? Or wince at candid shots that don’t involve the elegant lighting required for an aging face. I find I’m uninterested in posting TBT pictures, because, at this point, I prefer to focus less on what I was, and more on my ongoing journey of embracing and accepting what I am. That’s the journey we are all obligated to: the present… with its not-so-distant cousin, the future.

Sure, it would have been swell if my lifetime of creative effort had led to my fullest vision of success while I still held the flush of youthful exuberance; it would’ve been fun to take that ride while still eager and inexperienced. But should any of those big-picture goals be met in years to come, I hope to be gracious and graceful about openly sharing my AD self — lines, wrinkles, sags, and all — without apology, without self-consciousness, and with the newly-acquired exuberance of age and its many gifts.

Because damn if we ADers didn’t work hard to get where we are, a place replete with wisdom, experience, and, yes, our aging, fabulous selves. It’s a good mix, I’ve discovered, one that every lucky person, even Iggy Azalea and that bouncing three-year-old, will, hopefully, one day discover.

6 thoughts on “Damn. I Was Supposed To Get Famous Before My Face Fell”