USA Today headlined a recent edition with the probing question, “Will Boomers Ever Yield the Stage?” and I thought, thank God someone’s finally asked…we’ve all been wondering. Haven’t we? 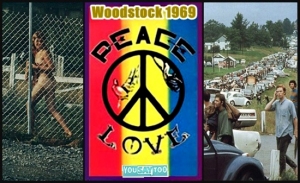 There followed a series of articles debating the query; timely, no doubt, what with battle lines now drawn on issues such as Social Security vs. job security, Medicare vs. Mommy-care and, of course, facelift vs. Facebook. The Young have apparently gone to the mattresses, weary of Woodstock retreads, relentless “new” Beatles releases, and the sense that no amount of fashion forward will ever convince anyone that bell-bottoms and platforms are “fresh again.” Those damn Boomers are a tough act to follow and every generation since has been left panting after this gluttonous bunch “sucked up a lot of the cultural oxygen.”*

I remember when my son was about three and pretty much everything in life was a contest. Drinking juice, brushing teeth, eating an ice cream cone; he compulsively gauged his success by whether or not he got to the goal “first.” First to finish, first to spit out his toothpaste, first to crunch that cone; whatever the task, he’d puff up and holler, “I won, I’m first!” (I routinely abdicated, refusing to rush my dental hygiene or the slow enjoyment of a Häagen-Daz.) It was important to him, though, being first. Being best. Winning the prize. Cute at three and it’s a human urge, certainly, (think DWTS or American Idol) but without wisdom and humility it’s just juvenile. And this generational battle being debated in the media smacks of the same.

Except it’s not real. It’s manufactured. Despite the headlines and pithy analysis, it’s a faux battle whipped up by provocateurs who frame life along the lines of my three year old, pitting even eras against each other. And we wonder why we have wars.

Does anyone really think the Younger Generations (inclusive of X, Y, Z, ELEMENO P, whatever other letters are being assigned these days) are paying any attention whatsoever to what the Boomers did or didn’t accomplish…or to the Boomers themselves? NO. Laughably, no! They don’t have time and, frankly, they don’t care.

I know younger people. Some are my friends. Some are family members. I work with some, workout with others. The ones I know span several post-Boomer generations and I’m here to tell you, they are not gauging their lives, their value, their ability to contribute or their historical legacy against my large and lumpy generation. 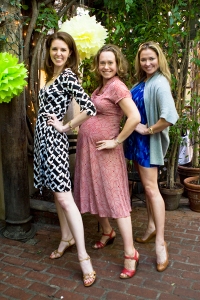 First of all, they’re younger. And younger, by its very nature, means self-confident, self-focused, certainly thinner and with better skin. Regardless of which Gen we’re talking about, which sub-group of which Gen, they’re typically fixated on something youngish. Anything from getting famous, being hot, graduating college, getting jobs, designing software, starting foundations and pursuing extreme sports, to planning a wedding, buying their first condo, making babies, passing the bar, getting careers established and staying abreast of smart technology. They’re doing whatever it is people do at whatever stage of life they’re in. Why on earth does anyone think would they give a rat’s…well, care at all about being compared to Boomers who are all pretty much just…old? Trust me, THEY DON’T. They’re not even paying attention.

It’s a trick, this question, a red herring; a ploy to draw attention away from the fact that, in the zeitgeist of today, it isn’t what’s happened in the past that’s hogging the cultural spotlight, it’s the very now epidemic known as gerascophobia, “the fear of aging.” That’s the real hullabaloo; a syndrome so pronounced it has six syllables. Young folks aren’t afraid of Boomers per se, they’re just scared of that much old.

I’m not sure who’s to blame for this growing malaise — the media, reality TV, the cosmetic surgery industry, Taylor Swift — but nowadays it isn’t just lovely to be young, nice to have all that energy, delightful to be fresh and pretty, so many opportunities, all that attention being paid…no, nowadays, YOUTH is a religion, a movement; a CULT. And if you are not a member of the cult (unless you’re Cher), it’s time to go. Clear the stage. Make room for baby. We’re so squeamish about age we’ve evolved into a culture where a celebrity like 65-year old Jaclyn Smith is admired because “she just doesn’t age!” when it’s painfully obvious surgical intervention is behind her polymer doll gleam. Where an anxious 18-year old singer feels the need to “freshen up” with Botox before appearing on a youth-oriented show like Glee (Botox For Glee Debut). Where the quest for physical perfection in all its forms reigns supreme over every other characteristic or quality, with heinous entities like TMZ featuring (with big red circles) the cellulite that exists “even on the butts of young celebrities!” Holy hell. I’d be afraid to get old too if I was young in today’s world.

Gerascophobia has tsunami-ed over our society, leaving it willing to slough off its venerable elders like so much dead skin; implying uselessness, as if there are no admirable, appealing, energized, authentic older folk worth emulating, worth listening to. In doing so, we’ve literally scared our young into believing there really is no there there. There, beyond the dreaded fork in the youth-road (40? 35, even? I dunno…I’m so far past it I’m squinting). Our print media, our entertainment models, our determined standards of what is beautiful have so convinced the Young that youth is the only currency that matters that the black hole of OLD AGE is a terrifying specter. Age, with all its moldy implications, has become as hideous, as repulsive, as leprosy (in fact, in one article I read, the image of shoving Boomers out on ice floes or pushing them off the cultural cliff was actually articulated…could an island colony be far behind?)

Consider our growing acceptance of those aforementioned taut, plastic faces, fat-injected cheeks and frightfully puffed up lips, a look so ubiquitous these days that children must think older people are simply tightly-wound and oddly unattractive replicants of younger people. How terrifying that must be! When I was growing up, the lined, sagging, utterly human face of my beloved Grandmother with her ample (and authentic) bosom and soft bread-dough arms comforted and charmed me. I wanted to bake like her, travel the world like her; be capable like her. I loved her embroidery skills and her indefatigable sense of adventure, flying after her to climb the steps of the clackety Chicago El to cross town in search of empty lots of dandelion greens and good deals at outlying department stores. She was magical and inexhaustible and I made no judgment of her based on her soft, aging body…and this was when she was not much older than the tight, taut, oh so shiny Miz Smith!

Contrast my sweet, anachronistic acceptance of my Grandmother to a Facebook exchange I read recently between two twenty-something women: Young Woman 1: “Wasn’t it great to see Barbra Streisand and Robert Redford together again on Oprah?!” Young Woman 2: “Dude, I was SO bummed to see how old they both got!!”  Deep sigh. Is it possible this girl actually believed Bob and Babs would remain the way they were forever? Poor thing. What a shock to realize that if even rich and famous people can’t actually stop aging, clearly her fate is sealed.

In all fairness, some of our young are arguably less terrified of age than others. They’ve got lovable Grandmas, cool Dads, that amazing blues guy down the street or those feisty gals who sell empanadas at the farmers’ market. And the smart ones reject the idea that any one generation is a great big monolithic thing that is sucking energy, taking up space or “hogging the cultural spotlight” from any other generation. Whether X, Y, Millennial, Boomer, or The Greatest, a generation is less a thing than an amalgam of people, events, experiences, accomplishments, and serendipity, all in response and reaction to the times they’re in, their particular moment in the Youth Spotlight. We all get one. And one is not better than another, I don’t care what Tom Brokaw says. Every generation makes its mark, regardless of size or place in history. Accomplishment, discovery, invention, and innovation are happening every minute of every day, year after year, generation after generation and while we’re all still here on this earth, we Generations can peacefully coexist, continuing to make our marks simultaneously and uniquely, growing old, graciously and fearlessly, together.

And just so you know, we’re not going anywhere yet. So just breathe, all of you…there’s plenty of air to go around.

* (Leonard Steinhorn, Communications Professor at American University in Washington, D.C., and author of The Greater Generation: In Defense of the Baby Boom Legacy.)