“My daughter is being bullied at school for being ugly. Nothing I say is helping and it’s breaking my heart. Please retweet with a message telling her how special she is,” a father desperately posted on Twitter, sharing a school photo of his perfectly average-looking and undoubtedly lovely daughter.

So, people did. Kind people. Compassionate people. People who wanted his daughter to not feel ugly. To not feel bullied. And what did most of them say? 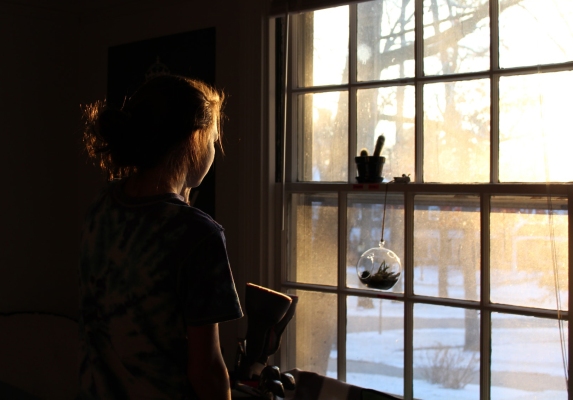 “You are SO pretty, don’t let anyone tell you otherwise!”
“You’re a beautiful girl. People are just nasty.”
“Oh, honey, you are GORGEOUS. They’re just jealous.”
“Look in the mirror, sweetheart. You are BEAUTIFUL.”
“Don’t listen to them, you KNOW you’re pretty.”

Spot the trend? In almost every case, the impulse was to assure her, insist to her, convince her that she was pretty, pretty enough to not deserve bullying on that front (as if anyone deserves bullying on that front… or any front, for that matter). That’s all this kid got. The remedy to her shattered esteem. You. ARE. Pretty.

Well-intended, certainly, and maybe what her father was hoping for—a quick sugar high to cheer up a sad little girl—but to my way of thinking the tact was a wasted opportunity. And, frankly, counterproductive. Why? Because “pretty” cannot ever be the arbiter of a girl’s self-worth. Ever. It can’t be the assurance of her value, the assuagement of her hurts, and certainly not the empowerment of her esteem.

I sighed, reading tweet after gushing tweet, itching to jump in with another angle. But, unwilling to risk this child’s already fragile ego, or start a Twitter snit on her behalf (and, frankly, needing more than 280 characters to get it done), I demurred, hoping whatever boost she got from retweeted Twitter-love would suffice until she got tougher.

Female self-esteem is a curious thing. From the moment girls exist they’re awash in observations about their looks and where those looks fall on the beauty spectrum. Gorgeous, beautiful, pretty; cute, all are default compliments flowing from the

mouths of appreciative adults, solidifying the implication that this element of a girl’s identity is the most highly sought. Or at least the most noticed.

Certainly there’s nothing wrong with giving a little girl a compliment; everyone loves a compliment. I love a compliment. But even the most evolved of parents struggle with how to balance their daughters’ natural need for validation with how to push the focus beyond physical attributes. Because while it may seem benign to say, “You’re so pretty, sweetheart!”, when that becomes the most oft-repeated comment to a girl (which it so often does), what is the underlying message? Your looks are your greatest currency. And if looks are what elicit the most commentary, how can any other message emerge?

The difficulty is that societal attitudes about attractiveness are pretty much baked in. Studies have documented the cultural bias, conscious or otherwise, of parents, teachers, medical professionals, human resource departments, even the voting public, toward physical beauty. While other attributes may rank high in other, more narrowly defined, circumstances—science contests, sporting events, academic testing—the initial feature most noted in any generic setting is attractiveness. And, as suspected, that’s right from the get-go.

Deborah Best, PhD, is a psychologist specializing in gender stereotypes among young children. She says that the emphasis on appearance starts young.

“Children are exposed to the importance of physical appearance and attractiveness from a very early age,” says Best. “Without really thinking about the implicit messages they send, parents, family, and friends often comment on a newborn’s appearance. ‘What a pretty baby! She’s going to break some hearts!’; ‘Look at those strong legs! He’s going to be a football player!’”

In graduate school, Best studied under influential child psychologist Harriet Lange Rheingold. According to Best, Rheingold observed parents utter the above judgments in the nursery and said parents were more likely to discuss girls’ appearances than boys’.

“Adult comments on children’s physical appearance indicate to children how important it is to ‘look good’,” continues Best. “These subtle messages tell children that appearance is important and also suggest that those who are ‘better looking’ are also better people.”

From The Beauty Bias: How Attractiveness Affects Our Lives

Attractiveness even trumps other biases, like race and ethnicity. Media is eager to promote “the most beautiful girl in the world” whether she’s a blue-eyed Norwegian or a dark-skinned Ethiopian. By the time we’re adults, it transcends even the most egregious of negatives, like felonious behavior or murderous impulses (think Ted Bundy or the infamous “hot felon” who parlayed prison into a modeling career). We’re mesmerized by beauty, addicted to it; we forgive vacuousness, criminality, a lack of talent if the body embodying those traits is beautiful. The trend is epidemic in the entertainment and media industries, but even in the most unexpected of places it emerges (Esquire once ran a feature called “The Five Most Beautiful Nuns in the World”).

But in grade school, middle school, and high school? Attractiveness is the gold standard. Add the ubiquity of social media and texting, with their ease of weaponry in cyberbullying, and the pressure to please swings to heights so extreme teenagers turn to cosmetic surgery, while teen suicides, often the result of repeated shaming in public forums, are on the uprise. No wonder Twitter Dad panicked! 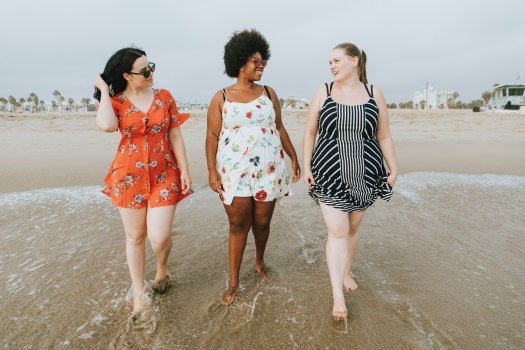 Now, I’m no expert but I am a woman who was a girl who, 1.) wasn’t considered “Homecoming Queen material”; 2.) had a photographer tell me, “you’re not photogenic”; 3.) worked with an agent who regularly bleated, “you’re not pretty or thin enough to be a leading lady,” and 4.) had a famous soap star tell me he’d date me if my butt was smaller. I do know the humiliation of not being seen as physically ideal. Yet I survived. I transcended. I crushed my dismissers by getting really good at the things I’m really good at that had nothing to do with being good at being pretty.

And this is what I would have told Twitter Daughter:

1. Really get this, sweetheart: Being pretty is not an achievement. It’s not an accomplishment. It’s inherited genes. It’s DNA. It’s clothes, makeup, and hair. It has nothing to do with worth or viability. Don’t over-value it; that’s the lie. Beauty really is only skin-deep. Go deeper.

2. Stop reading comments on social media or wherever, especially those directed at you. It’s hard to break the habit, it really is, but STOP. Just as you wouldn’t allow someone to repeatedly slap you in the face, don’t allow anyone’s caustic words to get inside your head. You can’t control them; you can control you and how you react and respond. Set your victim bar at ZERO.

3. Ask people you love and trust what traits of yours (beyond looks) stand out, what talents and strongpoints resonate with them. Write those down. Add your own. Honestly assess what you’re good at, where you excel. Clarify your “brand,” your most unique and valued sense of self. BE that, proudly.

4. Research people you most admire, personal or historical. Explore what inspired your admiration; note that attractiveness usually has little to do with it. Notice, too, how age becomes the great equalizer of beauty, leaving those who developed little else to become less with their lessening youth and beauty, while those who nurtured and developed their talents, their contributions to society, their compassion and art, endured. Be like them.

5. Don’t give a hoot what other people think or say about you. I know, easy to say, harder to do, but learn how to do it. It’ll be the very best gift you give yourself. And the bonus is, you’ll discover that the worthy people see exactly who you are, the others don’t matter. You do not ever need to fulfill some random criteria of attractiveness to be worthy. You’re worthy. And you’re pretty enough; decide you’re pretty enough, know you’ll always be pretty enough, then let the whole “pretty enough” meme go. Determine, and let anyone asking know, that that’s not the metric with which you will judge or be judged. Period.

How to Compliment a Young Girl (Without Mentioning Looks!)
22 Compliments Not Based On Physical Appearance
50 Compliments That Have Nothing to Do With Appearance

Lorraine’s third novel, The Alchemy of Noise, has an April 2019 pub date, with pre-orders currently available at Amazon. Visit www.lorrainedevonwilke.com for details and links to LDW’s other books, music, photography, and articles.