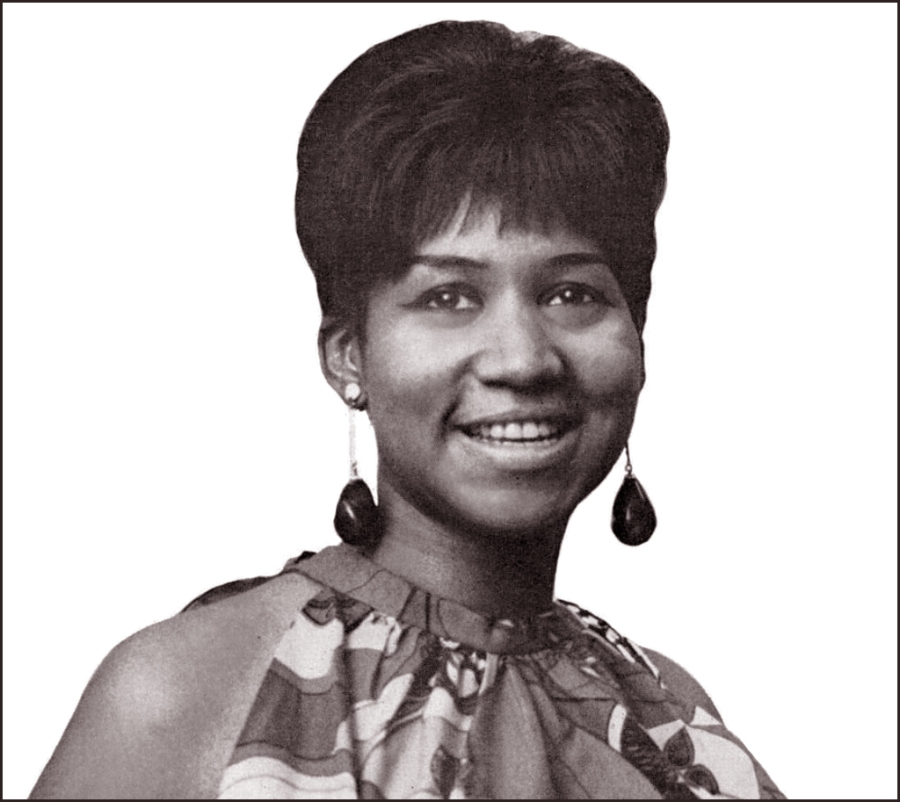 For a little white girl growing up in the cornfields and cow pastures of the deeply homogenized environs of Richmond, Illinois, a tiny northern Illinois farm town biking distance from the Wisconsin border, it may seem anomalous that Aretha Franklin would be one of my greatest influences and inspirations… but she was. 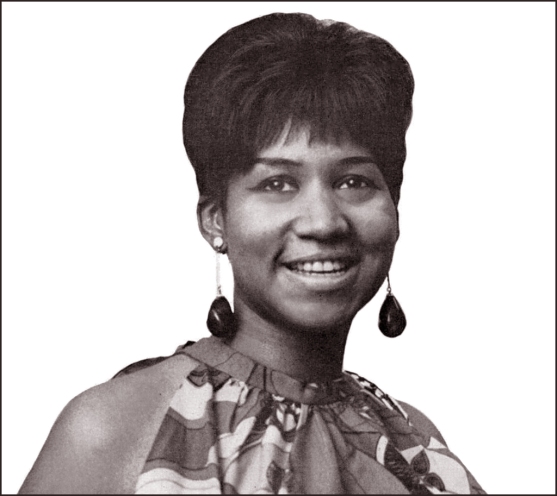 Maybe it was the Chicago in me; born in that great and diverse city, I spent the first three years of my life there, and maybe the indigenous “blues brothers” vibe rubbed off. Or maybe it was the Greek roots of my father’s parents, whose attachment to music that got one moving (“opa!”) was an integral part of their heritage. Maybe it was that, even while reveling in my early years as a fledgling folksinger, there was just something about Motown that made dancing in the streets a rite-of-passage even for small-towners in flip-flops and shaggy cutoffs.

Both my parents, born and raised in Chicago, were lovers of music and “swing,” (and by that I mean the FEEL of music, not just the style), and any song that provided the right beat, the right rhythm, the right groove factor would set them jitterbugging across the living room floor as we kids watched in delight. It didn’t escape us that “Rock Steady” and “Chain of Fools” were as high on their playlist as any Tommy Dorsey or Glenn Miller song. My dad, in fact, was a particular fan of “Chain of Fools”; always told me that beat, that bass line, were impossible to resist. He was right. That song (amongst other Aretha favorites) has been on my permanent playlist since that time, transitioning from my stack of LPs, to my cassettes, to the inimitable Walkman, right up to top position on my iPhone playlist.

So when I started singing in bands in the 70s, it really wasn’t so anomalous that her soulful, heartfelt, skin-tingling delivery would be what inspired and influenced me. I wanted to emulate her, be her. Fear of “cultural appropriation” wasn’t a trending deterrent back then—my adoration was seen simply as homage—but despite my respect and desire, it quickly became clear that—given her mastery plus my own vocal limitations —I would have to settle for a version of vocal-heart-and-soul that worked for my voice, my style. And so I did. It wasn’t Aretha—damn, surely it wasn’t Aretha!—but it was mine and it not only informed every recording and performance I’ve done since, but I’ve almost never had a band set list that didn’t include at least one Aretha song:

“Oh Me Oh My,” “Rock Steady,” and “Respect” were fixtures in the early days; then followed “Day Dreaming,” “Natural Woman,” and “Chain of Fools” (and, oh, did we do some odd 80s versions of that one!). When the blues/rock band of the 00s came about, we added “Evil Gal Blues” and “Since You’ve Been Gone.” Every one was an honor for me to sing.

Or play… when my son was a baby, “Rock Steady” was the single most relied upon “lullaby” to rock his screaming little self to sleep!

I knew Aretha had been struggling with ill-health for some time now, so hearing that her death was upon us did not surprise me. Certainly it saddened me. It is the conclusion of a great, grand life filled with music and love and passion and creativity that inspired people of every race, creed and color to feel, to dance, to embrace love; to get sassy, or roil in the blues. She was a purveyor of so much SOUL I must capitalize, bold, and italicize the word. That she will not be making more music is surely an existential tragedy; that she’s left so much behind is an enduring gift.

I wanted to use the above photograph because that shot—the very young, just-finding-the-spotlight Aretha—is how she looked when I first became aware of her. When my sister Mary and I bopped around our basement bedroom grooving to her rhythms, certain we were as soulful and funky as the kids on Shindig or Hullabaloo (we weren’t), thrilled by her electric voice and thumping rhythms. It reminds me that we all get to be young and gifted, that we all get our own life story, our own chance to create, impact, influence, and inspire; leave a legacy. Aretha fulfilled that mandate so very, very well. We—I—will miss her greatly.