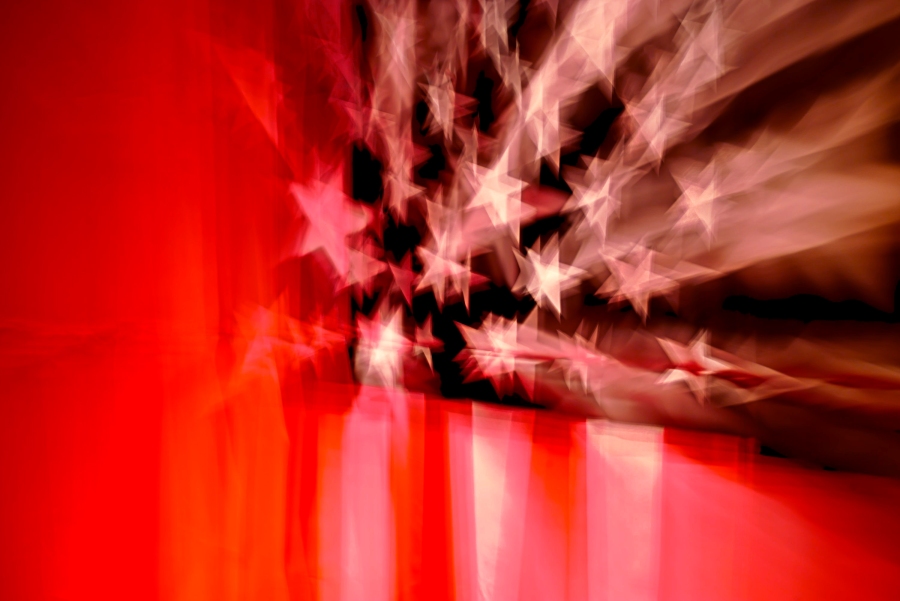 Listening to an elected congressman, too-loose mask slipping below his nose, finger pointing, voice crackling with indignation, demand to know just when Americans can “get their liberty and freedoms back,” might have, in other circumstances, inspired a round of applause. After all, our liberties and freedoms are what make us uniquely American, for God’s sake, so any attempt to diminish, limit, or impose upon those vaunted privileges is certainly something to protest. 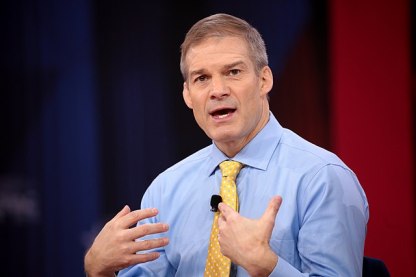 Of course, in this case we’re talking about ever-contrarian, “I scream before I talk” Republican congressman, Jim Jordan, whose permanently aggrieved brand of discourse has been painfully endured for years (who could forget the Benghazi hearings?), and who’s now decided that Dr. Anthony Fauci, with his prescription of precautions — masks, distancing, hand washing — designed to mitigate the already horrific death toll of COVID (nearing 600,000 Americans), is to be excoriated for the audacity of presuming Americans give a damn about each other.

When a sitting congressman frames commonsense steps to help keep each other healthy and safe as denials of our “liberties and freedoms,” you know you are in the Land of the Selfish. Jim Jordan is, apparently, a leader in that land

As we watch and listen to right wing pundits, Republican senators and representatives, conservative media, et al., take “bold” and outspoken stands against science, against logic, against any notion of “for the greater good,” I’m struck by how uniquely selfish Americans are. Maybe we always were — considering Manifest Destiny and the scourge of slavery that seems a good bet — but at this particular historical conflation of a deadly global pandemic, systemic racism, and the ongoing, never-ending, deeply disturbing epidemic of gun violence, that selfishness has come into high relief, making clear how destructive misunderstandings about the true definitions of “liberty and freedom” have become.

If you were to listen to a Republican, whether a stalwart oldie or one of the newer, more incendiary of the party, you’d believe that “liberties and freedoms” mean, “I can do, have, be, own, behave, respond, react in any way I want, regardless of impact, damage, or injury to others.” This blanket mandate extends to everything from wearing a mask during a pandemic, supporting logical gun laws, right up to everyday things like keeping your dog on a leash, or not calling the police when a Black person sits in a Starbucks.

Why are Americans so selfish? How have they twisted the notion of personal freedom into expressions of “carelessness” in its most literal definition? Societies and communities have survived over the hundreds of years of this country because of rules and laws that evolved out of need, as a response to events, reaction to problems; the understanding that a thriving whole is nurtured by the compassionate one.

What we’ve got now is a toxic brand of individualism that’s really more about entitlement mixed with hardcore self-centeredness.

According to Jim Jordan and other hissy-fitting right wingers, just the simple, self-and-other protective act of wearing a mask during a raging pandemic is his — their — “lost liberty.” Rather than frame it as a small but effective step they can participate in to help keep others safe, help the country overcome the pandemic, even help keep themselves from being infected, they’ve chosen to stamp their feet and declare such an “ask” as something oppressive, an infringement, because, dammit, that cloth on my face is just an intolerable assault on my personal liberties and freedoms!

The sheer childishness of that kind of response to a thoughtful, simple action meant to assist the “greater good” is just one small example of the great plague of American selfishness. Instead of the solidarity of, “we’re all in this together; what can we do to help our fellow Americans?”, we get a grown man waving his arms around, demanding that the renowned scientist he’s berating give him a date, a metric, dammit, for when all this foolishness will be over. Even the question is the height of stupidity, given that NO ONE can predict when this will all be over, but asking is endemic of the juvenile, tantrumming position this man and others have taken.

Meanwhile, the daily average of new COVID cases is over 70,000, but JIM JORDAN WANTS HIS LIBERTIES BACK.

I sometimes think about Great Britain in WWII, how the citizens of that country had to work together, in union, solidarity, and with great deprivation, to survive the almost-year-long Nazi “blitz,” and imagine that if Americans were asked to make such a sacrifice, Jim Jordan and the Republicans would be screeching about the oppression of blackout curtains and rationed butter. It seems whatever admirable independence is part of the American DNA has been, for far too many, subverted into a kind of corrosive civic narcissism. “What I need, want, think, demand is all that matters, damn the Nazis!” Would we have survived as well as England? I doubt it.

We see that same American egocentrism play out in the deadly, relentless gun debate, where rabid 2A zealots like Lauren Boebert, Marjorie Taylor Greene, and so many others have prioritized their rights and freedoms over any discussion whatsoever that might help mitigate the over-ease of gun purchases, the lack of enforced regulations and due diligence of gun purchasers; the rethinking of a Constitutional amendment that is antiquated, misinterpreted, and couldn’t possibly have foreseen the current rash of assault weaponry and the country’s appetite to own such guns. As we’re daily met with news reports of mass shootings, domestic gun violence, suicides, gang wars, death on a massive scale, there feels to be no answers, because that egocentrism is so pervasive, so loud and threatening, so almost-violent in its pushback, that sane people looking for solutions to our gun violence epidemic are shouted down and finger-wagged much like Dr. Fauci in front of a sputtering Jim Jordan.

What is the answer? I don’t know. Well, actually, I do know: the answer is that Americans have to evolve beyond their conviction that their personal independence — “liberties and freedoms” —is rationale, justification, defense of selfishness. Just as Brits joined in solidarity to survive the deadly onslaught on their country without framing it as a loss of liberty and freedom, so can Americans do the same regarding our particular “wars.”

Of course, that would take an attitude adjustment. A reframing of “united states.” A willingness to care about, empathize with, and humanize those outside our personal circles to actually DO what’s best for the greatest good. Are Americans capable of that at this moment in time?

As I watch Jim Jordan haranguing Fauci, as I read Boebert’s and Greene’s toxic pro-gun tweets, as I note the racism and bigotry insinuated in our systems, as I witness continued refusal to take necessary steps to stymie the gun wars, I fear that Americans of the 21st century have lost their ability, their will, their compassion to act in global, national, and personal solidarity to make the world a safer, more just, more functional place for all people.

Are we really going to let that be our American identity? I hope not. My liberties and freedoms are not threatened by wearing a mask. By pushing for better gun laws. By considering equity as essential. In fact, my ability to participate in and contribute to those goals IS what makes me a good American.

Think about that, Jim Jordan.