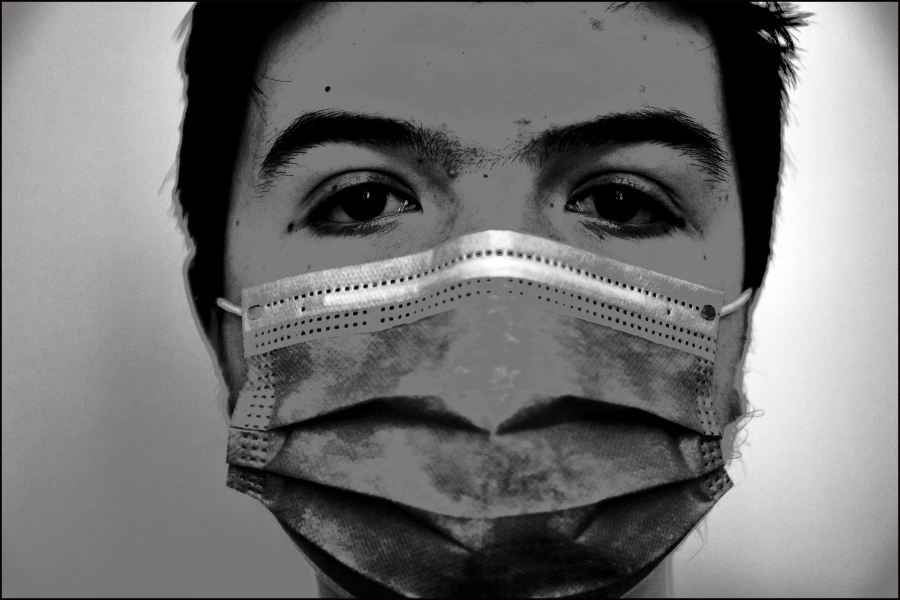 “Who’s that masked man, mama?”
“Someone who cares about other people, sweetheart.”

Americans in 2020 remind me of teenagers:

No matter the issue, how it’s framed, where logic comes in, or what consequences are attached, there’s always an argument. A debate. The foisting of opinions, drawing of lines, asserting of protests and presumptions. Of course, Americans have always been like this (think Salem witch trials or the movie Lincoln). Certainly since the Internet allowed us to be privy to and partake of everyone’s every thought this reality has been made evermore clear. But in the terrifying age of COVID, when matters are squarely focused on very real possibilities of sickness and death, the caustic noise of debate feels deflective and ill-advised. Especially with over 80,000 dead and numbers continuing to rise; despite disinformation, presidential fairy tales, and hopeful thinking.

Are we “all in this together,” as TV ads and inspirational messages insist?

Given the hyperbolically-armed lockdown protesters, privileged hysteria from beach-lovers denied their “fun in the sun,” overflowing NYC parks even in that COVID hotspot, and the hoots of restaurant diners defying distancing measures to make a point and grab a sandwich, I’d say we are not.

Though, were we ever?

We seemed to be at first, when fear and deep knowledge deficit had us vulnerable, eager for information and instruction. We stayed glued to TV news, social media, the endless articles and videos explaining the circumstances, scaring us straight with previously unfathomable death predictions and admonishments to stay home for our very survival. It felt like a mashup of World War Z, Invasion of the Body Snatchers, and The Birds, and we were terrified, confused, and compliant… until the inevitable happened.

As it always does. As it so vociferously does during this unfortunate time of Trump.

The predictable polarization and agenda-pushing of deeply divided partisans then took over what should have been a unified response (think post-9/11 solidarity or Brits during the blitzkrieg), and turned it into a counter-productive melee that, most destructively, dismissed true experts in lieu of political chest-pounding. In the midst of expertise and science-driven guidance and direction, and at the behest and lead of the current president, sensible, cohesive “pandemic management” got sideswiped, ambushed, co-opted and bushwhacked by conspiracy-theorists, right-wing propagandists, Republican enablers and naysayers, and an exceedingly narcissistic and desperate president most concerned about his polling, his pocketbook, and his chances of re-election (as has been the case since 1.20.17).

Which meant that every fact, every truth, every wise recommendation or life-saving precaution was contradicted or dismissed by Fox News and their braying bevy of sneering, glinty-eyed disinformers hellbent on driving the message that all this caretaking, distancing, and quarantining was just the pussified prescription of idiots who bought into hoax and hyperbole. “If you believe in freedom and the American way, people, you’ll strap on your bazooka, get out there in your red hat and unmasked face, and lockstep into any building or American street you wish, COVID be damned!”

And that message was embraced: science and medicine, compassion and empathy, protection of and concern for fellow humans, particularly medical personnel risking their lives to save those of others’, all became LESS IMPORTANT than politics and partisan arrogance. Taking their cues from an increasingly erratic, dishonest, and inept president, the great divide between red/blue factions became strangely emblemized by those who cared enough to wear a mask and those who didn’t, right on up to the Oval Office.

Because COVID-19 isn’t discriminatory. It doesn’t care if you’re a #MAGA supporter or a “Bernie bro,” Adam Schiff or Rand Paul, Barack Obama or Donald Trump. It makes no distinction between the viewers of Laura Ingraham, Tucker Carlson, and Sean Hannity, or those devoted to Rachel, Chris, and Lawrence. It’s prepared to infect in a restaurant, at the beach, around your dining table, or in the White House. Its viral mandate is to give not one hoot about the tanking economy, your failing business, the stock market, or cancellation of an entire season on Broadway. It’s hearty, indefatigable, and determined to follow its evolutionary imperative like a terminator with spikes, and no amount of partisan-driven bluster and braggadocio will diminish its ability to infect you and/or use you as a carrier capable of infecting others.

We’re certainly all in that together, political affiliation notwithstanding.

So why wouldn’t you wear a mask? Why wouldn’t you hedge your bets of infection, tip the scale towards protection, do what you could to help mitigate transmission of this deadly virus in every way available? What possible rationale defends the act of gathering in large groups with no masks and little space in-between when science tells you how foolhardy that is? Even if you’re convinced of your own imperviousness, how can you justify even the possibility of contributing to another person’s illness or even death?

How does being Republican, a right-wing conservative, or a follower of Donald Trump protect you from all the vulnerabilities endemic to every human being? It doesn’t. It simply deludes you into thinking it does, and that is very dangerous, for you, and for those you come near.

Even if predictions turn out to be exaggerated, even if cases drop faster than expected, even if the virus “disappears without a vaccine” (as Trump so blithely disinforms), it’s here now, it’s infecting now, it’s killing now, and if 80,000+ deaths in three months isn’t sobering to you, enough to compel you to take the simplest of mitigating actions, I’d check both your pulse and soul.

A guy who disagrees with me tweeted today that, “It is 100% about fear. We are all capable of assessing our own level of personal risk and acting accordingly. If you are afraid then you stay home where, ironically, most COVID patients are getting sick.”

He was referencing an article about, specifically, new hospitalizations in NYC, while conveniently leaving out the fact that catching COVID at home means you or someone in the family pod brought the virus in from the outside. I also countered that it’s not “fear” driving smart people to stick to precautions; it’s a healthy dose of self-preservation and an abiding sense of compassion and concern for others you might asymptomatically infect, which is why, particularly, masking is important:

“A cloth face covering is not intended to protect the wearer, but may prevent the spread of virus from the wearer to others. This would be especially important in the event that someone is infected but does not have symptoms. A cloth face covering should be worn whenever people must go into public settings (grocery stores, for example).” CDC FAQs

Sometimes it’s hard to protect people from themselves.

I can only hope that smarter, more caring people refuse to be bullied, insulted, or made to feel small for being smart. We do have to figure out how to bring the economy back to life, but both business owners and other patrons have to look past frustrations, financial concerns, and political posturing to realize that the majority of Americans remain worried that restrictions lifted too early will have a deleterious effect moving forward, and that has to be recognized.

It means the flouters are outnumbered. It means good business owners must explore how to open safely enough to actually bring the majority back. It means the noise and protests and tantrumming of right-wing foot-stompers are drowned out by the silence of those who prioritize safety and health, theirs and others.

Photo by Tobias Rehbein on Unsplash