While I’ve been busy polishing, tweaking, and parsing notes from editors and readers on my third novel, as yet uncertain as to how and when it will be published, I was delighted to learn that my last novel, Hysterical Love, was chosen as the solo medallist in the 2017 New Apple Awards Summer Ebook Contest.

This is particularly gratifying when one considers the sheer number of indie books submitted for such honors, in a marketplace where acknowledgement for the self-published book can make all the difference.

New Apple brands itself as a company “dedicated to helping independent authors find their way into the world of publishing.” I applaud their mission and hope this honor, for which I’m deeply grateful, will introduce Hysterical Love to a wider audience of appreciative readers, opening doors to publishers and others in the industry who may be intrigued to see what’s next… stay tuned! 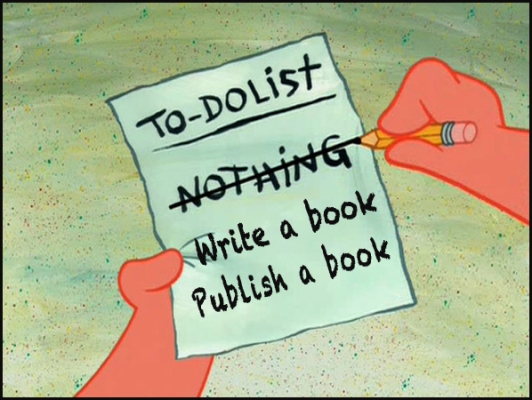 Did you know that recent stats indicate that 450+ thousand books were self-published at last count? That’s a lot of books, garnering a lot of conversation about where the trend is headed and if it’s headed in the right direction.

A book site called Women Writers, Women[s] Books invited me to discuss what has become a compelling topic of debate not only in the book marketing world, but amongst the community of writers, some of whom view self-publishing less as a profession and more a hobby, while others fiercely fight to raise the bar.

My own view, excerpted from the article:

I sit somewhere in the middle. As one who’s chosen to self-publish for a variety of reasons, I believe the ability of quality writers to get their work out, despite exclusionary practices, has been a boon. I’ve read several self-published books that are so excellent it’s impossible to understand why they’re not being hawked by one of the Big 5 (particularly considering some of what is being hawked!). But I’m also someone who’s bemoaned the unwise and oddly entitled attitudes of far too many self-pubbers who eschew certain standards of professionalism. When you hear writers commenting that they can’t afford or don’t wish to budget for professional editors, formatters, or cover designers, you know there’s a conversation to be had.

To read on, click the link: Should Everyone Publish a Book? And be sure to share your own opinion in comments!

When you ponder the task of writing a novel, the idea alone seems to come with certain cultural longing, the sense that everyone with a love of words has had the urge to do the same. Write a novel, that is. Some talk about it, some have tried and failed, some have worked hard and succeeded; even the phrase, “the great American novel,” is an embedded part of our national lexicon. Writing a novel seems to be an almost mystical journey, a creative vision quest filled with trials and terrors, but still, and always, a goal of profound eminence.

And it is. It really is. It’s a singularly stellar experience, a creative process I seriously love, and one I’ve had the good fortune to experience twice (so far), first with my debut novel, After the Sucker Punch, and, most recently, with the completion of my latest, soon to be released, Hysterical Love, publication date, April 7, 2015. I’m excited to introduce the book with the colorful prelude above, the cover designed by Grace Amandes, who also created the evocative cover of After The Sucker Punch.

I’m sharing this with you now, so many months ahead of the pub date, because this go-around I’m working with a top-notch publicity company, JKSCommunications, whose team, led by the indefatigable Julie Schoerke, is currently rolling out a robust pre-launch campaign to get this new book properly and prominently introduced, launched, and promoted. As in indie writer, it’s exciting (even comforting) to have a team of highly skilled, warmly accessible, and incredibly enthusiastic professionals getting in the trenches with me, a place that tends to be lonely for those of us publishing on the path considered “non-traditional.” I’m delighted to have their collaboration and guidance, and certainly the shared intent to make Hysterical Love a smashing success in all the ways it can be.

Towards that end, the book is currently available as a preorder at both Amazon and Smashwords; you’re all invited to jump to the front of the line to sign up for your copy! 🙂

(And for those interested, the paperback will be set up for preorders soon…stay tuned.)

Now that you’ve met the cover, the publicity team, and the preorder links, let me tell you a bit about the story. It is, in some ways, a bookend to After The Sucker Punch: though very different stories told from very different points of view, both involve adult children reading the written words of a father and being propelled on a journey of a personal and/or transformative nature as a result. Here’s HL‘s synopsis:

Dan McDowell, a thirty-three-year-old portrait photographer happily set to marry his beloved Jane, is stunned when a slip of the tongue about an “ex-girlfriend overlap” of years earlier throws their pending marriage into doubt and him onto the street. Or at least into the second bedroom of their next-door neighbor, Bob, where Dan is sure it won’t be long.

His sister, Lucy, further confuses matters with her “soul mate theory” and its suggestion that Jane might not be his… soul mate, that is. But the tipping point comes when his father is struck ill, sparking a chain of events in which Dan discovers a story written by this man he doesn’t readily understand, but who, it seems, has long harbored an unrequited love from decades earlier.

Incapable of fixing his own romantic dilemma, Dan becomes fixated on finding this woman of his father’s dreams and sets off for Oakland, California, on a mission fraught with detours and semi-hilarious peril. Along the way he meets the beautiful Fiona, herbalist and flower child, who assists in his quest, while quietly and erotically shaking up his world. When, against all odds, he finds the elusive woman from the past, the ultimate discovery of how she truly fit into his father’s life leaves him staggered, as does the reality of what’s been stirred up with Fiona.

But it’s when he returns home to yet another set of unexpected truths that he’s shaken to the core, ultimately forced to face who he is and just whom he might be able to love.

Hysterical Love offers a deft mix of humor and drama in a whip-smart narrative told from the point of view of its male protagonist, exploring themes of family, commitment, balancing creativity, facing adulthood, and digging deep to understand the beating heart of true love.