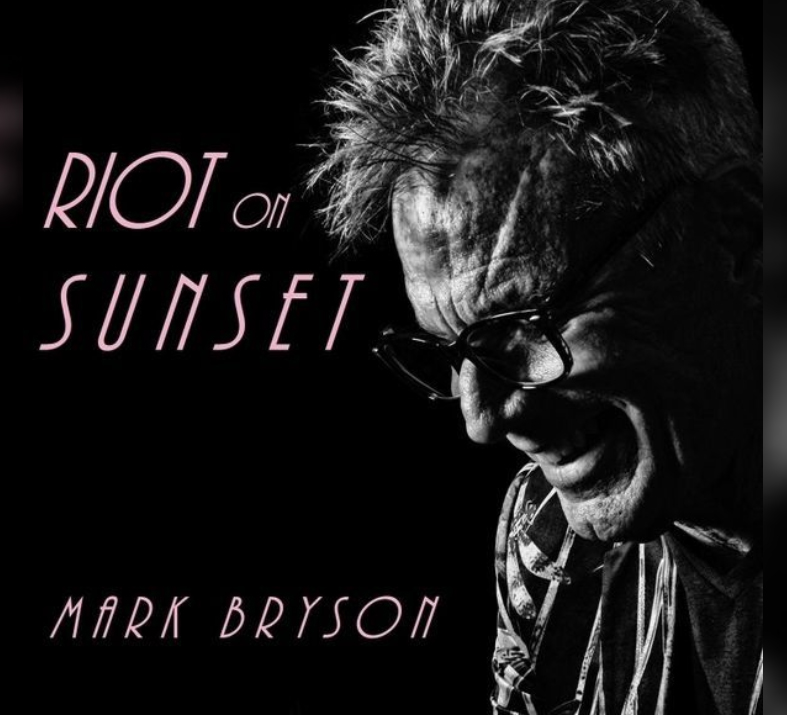 One of the things I love about artists is their indefatigable drive to create art—no matter what age, how many setbacks, who and what got in the way, or which well-meaning professional tried to steer them differently. They are simply compelled to continue. And they do. They create. Over decades, through family dramas, health catastrophes, catering gigs, broken relationships, and all manner of distractions life throws onto the long and winding road.

One such artist is my pal, Mark Bryson.

I met Mark back in the late 70s, when he worked at one of those very trendy “waiters-sing-&-play” kind of places in Los Angeles called Hi-Pockets: The Great American Food & Beverage Company. The name was too long, parking could be a bitch, but the food was good, there were amazing ice cream concoctions, and many of the servers were extraordinary singers and songwriters. In fact, the fabulous Lowen & Navarro (whose “We Belong” became a mega-hit for Pat Benatar) originated there too. It was that kind of place. Mark fit right in.

But over time, Hi-Pockets closed, people moved on, and in the ensuing years I lost track of Mark. We’d occasionally see each other at Lowen & Navarro gigs or certain gatherings, and though I knew he was wrangling his own version of “life’s distractions,” I also knew he was still writing. Every once in a while he’d send something for me to listen to, to offer perspective; sometimes he’d get back to Los Angeles to perform, and what clearly stood out, despite the time and distance, was that “indefatigable drive” I mentioned up top: he never stopped dreaming that dream of his—to put together an album that honored his style and sensibilities as a songwriter, a lyricist, singer and interpreter of his own music. And he finally has. Strikingly, artfully, gorgeously.

Riot On Sunset, a 12-song (+coda) collection of lyrical story-oriented tunes, is not only the culmination of that long-held dream, it is a spectacular album, one dedicated to “the City of Angeles, the Creative & Imaginative, and to all of us with Hopes, Dreams, and the occasional nightmare.” Which certainly struck a chord for me…. but what artist who’s ever found themselves in the great city of Los Angeles pursuing a dream wouldn’t identify with that?

Beautifully arranged and produced by Bryson (along with the very talented team of Gregg Olson and Allison VonBuelow, who both play and sing on the tracks), the songs unfold in a variety of styles, with lush harmonies, gorgeous instrumentation, and the eclectic, passionate voice of the man in the middle. There are glimmers of influence—Springsteen, Coldplay, Dave Matthews, even the Beach Boys—but Bryson is solidly original, not only in what he says, but how he says it.

The title track, “Riot on Sunset,” is an evocative tale of yearning, one that locates us immediately in Bryson’s universe on the infamous Sunset Strip (the CD’s photos are shot there). And while “Abbot Kinney” takes us west to Santa Monica, it’s “Girls On the Run” that sprinkles a little Beatles/Beach Boys playfulness into the mix. “Shady Side” spins a dark, urban mood with cinematic imagery, “Into the Light” pulls us in the opposite direction with almost Peter & Gordonesque swing, and “Brave New World” evokes a Coldplay edge of earnestness. “Stranger In a Strange Land” blends a western vibe with what struck me as Jefferson Airplane backups—a mash-up that, oddly, works. “Easy To Fall” (“easy to fall, hard to land”), “End of the World” (“all my Facebook friends are fighting, I’m just not in the mood”), and “Dream Works” (“make our footprint smaller, fit it in a shoebox”), all blend clever, lyrical imagery with messages wherever Bryson can squeeze them in without losing the beat.

The standouts for me are “Johannesburg,” a touching, powerful narrative Bryson delivers with gritty, dramatic vocals, the story of a man whose life touches his own, and “Best I Can Tell,” a simply gorgeous track of deeply personal lyrics (“This is my life, I am the keeper of my dreams… there are no angels watching over me. Best I can tell, I’m still the boss of me.”). Its anthemic chorus (“there’s more we can do when we all pull together”) not only had me singing along, I could picture iPhones held high as audiences sway and sing that evocative line over and over.

Bryson describes his work as “New Age Space Cowboy Surf Poet”—clever, but don’t let his tongue-in-cheek description distract you from the depth of this work: artful, human, literary, with stories and musicality that reach deep to strike chords and touch hearts. It may have taken him a while to get here, but my friend has honored both his journey and lifelong dream with a defining piece of creativity, one whose timelessness will have me listening for years to come.

You can pick up Riot On Sunset (in either CD or digital formats) at markbryson.hearnow.com, which will get you to his CDBaby page. To follow his musical adventures with the album (and whatever else he stirs up!), head on over and “like” his page on Facebook: Mark Bryson Music.

Photo by permission of Mark Bryson

NOTE: My third novel, The Alchemy of Noise, pubbed earlier this year and is continuing to enjoy its rollout, with enthusiastic reviews and a brand new Gold Medal in Literary Fiction from the “Readers’ Favorite International Book Awards.” For details, reviews, podcasts—and to purchase your own copy—click HERE.