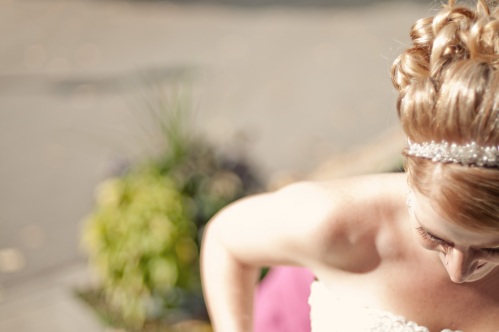 It used to be a big deal. My pals and I would plan the day like a prom… to the point that some of us did come with tiaras and fake fur stoles (um… that would be either me or Tina). We’d gather around my obscenely large formica (odd, I know) coffee table overcome with food of every kind, plates balanced on our knees, and with loud “shushes” to announce commencement of the festivities, we’d hunker down to watch the Oscars… the Emmys… the Grammys… the whatevers. It was a ritual in which we felt – as artistic sorts ourselves – involved. Our passions and proclivities gave us something to vote on, prognosticate, argue over, even feel deflated by. But it was always something to look forward to, a grand reason to eat too much and spend some lovely, enthusiastic, often well-dressed time together.

Then it got ponderous. When the Oscars became more about panic-fueled marketing campaigns, respected actresses making that creepy butt-turn to show the backs of their designer gowns, and idiotic hosts doing bad comedy and even worse song & dance numbers. When Grammys and VMAs became about thunderous, Vegas-like spectacles of twerking, pole dancing, smoke and mirrors. When Emmys became some version of both but with the added dimension of too many shows, too many actors, too many everything to fully and fairly award everyone deserving.

But let’s face it; award shows have always been a silly idea, even if a brilliant marketing ploy to draw attention to good work. But what started with that noble goal has, like so many other things in this hyperbolic world of ours, devolved to the very edge of cultural hysteria. As the various award extravaganzas bobble on the horizon, the drumbeat of media madness begins, building in pace and volume until that’s all we hear and THEN… it’s over. As the guests straggle out of the theater to run desperately for sustenance at one party or another, column after column bleats about their favorites while excoriating whoever won who were not their favorites. Media sites and their battalions of writers employ lines like “he/she/they were robbed!” at the expense of the deserving he/she/they who won. Studios, networks, publicity companies and PR hacks who worked overtime bombarding every blogger, magazine, newspaper, breathing human with publicity campaigns, screeners, bios and airbrushed publicity photos step back for just a short breather post-event… then start up again for the next onslaught, whatever that may be.

It starts to feel like … well, like every other “contest” we hold in this country – whether beauty pageant or national election:  a cluster-f**k. An oversaturated mess of hysteria and hyperbole, mixed with pointless attention on ancillary matters that have nothing to do with the work/point/candidate at hand; all narrated, moment by bloody moment, by our countless, endless, ubiquitous and apparently never-ending sources of media – social and otherwise. So much so that we lose sight of what it is the contest is actually about.

In the case of awards shows, it’s “the work.” The great, good, often meaningful work done by talented artists who’ve typically worked long and hard to get to that vaunted place of well-deserved acknowledgement and recognition. But when I read a post-Emmy article in which the writer screams that Jeff Daniels won over Bryan Cranston or Jon Hamm only because HBO has more voters because, clearly, Daniels isn’t deserving (this from Think Progress, which typically covers liberal politics!), or another writer caterwauls, “Scandal! Why Kerry Washington was robbed at the Emmys,” bemoaning the fact that the great Claire Danes won for her incredible work on Homeland over Kerry’s incredible work on Scandal, I have to wonder why on earth we bother with this ridiculous charade. Why we can’t have our favorites, have our opinions, even agree that both Claire Danes and Kerry Washington are classy, talented actresses, without resorting to tantrums that denigrate the work of either… or anyone else?  My comment to the Scandal writer (I couldn’t even bother with the Think Progress tantrum) made the point:

“Every talented artist knows they are lucky to get a great role, lucky to get that role on a good show; lucky that the network promotes that show, and therefore, lucky to be one of the few picked for nominations. To say they’re all deserving is a cliche but a true one. To diminish Claire Danes’ win because one thinks Washington was better is absurd. They’re both great actresses doing stellar work. No one robbed anyone. This is simply the math of awards… someone wins. That’s it. It’s not about any of the group being better than any other in the group… but someONE wins.”

Which is why I won’t watch awards shows anymore. I don’t care who wins. Anyone who’s good enough to be nominated in any category is profoundly worthy and should not be pitted against their peers in the gladiator-like, soul-crushing, knock-em-down-on-the-way-to-the-sales-table type competition that is the great American awards show.

Though I might peek in on the Oscars… I just won’t bother with the tiara.