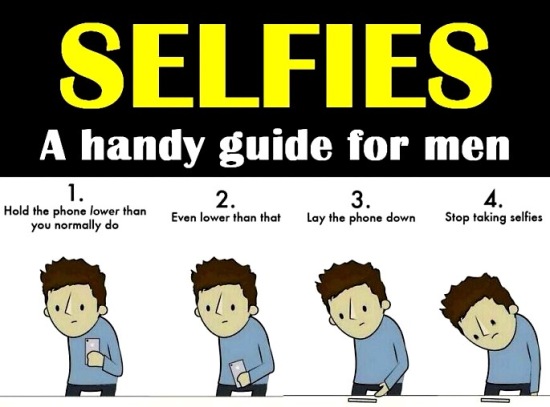 I love cameras. I’ve had one most of my life and have always appreciated its facility in chronicling my best adventures in pictures, some of which I’ve had since childhood.  Now as a professional photographer viewing the art and craft of photography from an even more analytical perspective, I feel as attached to my beloved Canon as anyone could to any inanimate object. Its weight, its glass, its technical ease and brilliance that captures what my eye sees in ways that can take even my own breath away. I’ve traveled the world with it and regardless of time, place, or rugged terrain, it’s slung around my neck, at the ready to grab something unmissable. The wonders of photography are many and never-ending.

Then there’s phone cameras. Camera phones. Cell cameras. Whatever. Which have spawned the selfie. Those damned, ubiquitous selfies. The constant shooting and posting of phone photos taken from that oh-so-familiar “hand up in the air” POV that does odd things to most faces, is almost always horribly lit, and creates a visual world where everyone’s perspective ends at the length of their arm. Selfies have a certain detached, unconnected look about them (as opposed to photos in which a photographer and subject are communicating with each other), that often makes them soulless and self-conscious. Certainly they have their place (Ellen’s Oscar selfie that broke the Internet was all in good fun), but beyond the “fun” aspect, there’s something narcissistic about the incessant posting and reposting of these images, to the point that it seems no one exists and nothing can happen without someone slapping it up on Facebook. Or maybe that is the fear: did it happen, do I exist, am I pretty enough, am I even seen much less pretty enough if my selfie, my profile pics, my endless supply of face-shots, are not posted on social media? It’s exhausting being young sometimes…

I remember having a similar youthful fixation on my looks, my hair, my clothes, my ass; always ready to catch a glimpse in a mirror or window, checking the status of various body parts and sartorial accoutrement as I walked into a room or down a street sure that everyone was profoundly interested in ME… what I looked like, how cute I was, if I was flirt-worthy. Of course, back when I was that kind of young we didn’t have phone cameras (thank God!) and the idea of taking pictures of oneself with a small 35mm was ridiculous. Unless you meant to be ridiculous or you were taking a self-portrait in lieu of new head shots you couldn’t afford (of course that never worked). Youth, presumably because of its evolutionary urge to procreate, is fixated on appearing and being seen as attractive, so the fundamental need to exert oneself in putting forth that image, and making sure everyone else notices, is understandable. If we’d had Facebook and Instagram back when I was a kid I might have found reason to post myself all over the place, too. Or maybe not… there’s still something about the narcissism angle that gets me (though you wouldn’t guess that from the pic below of me at 20!). 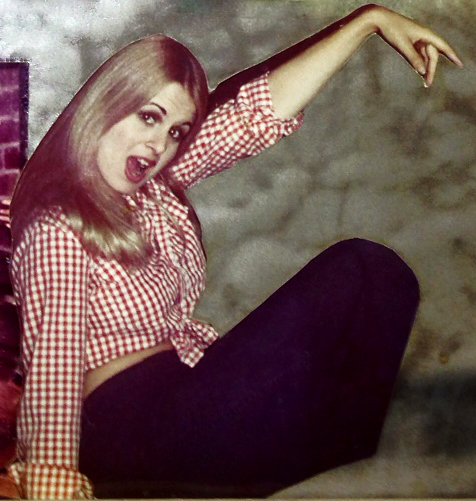 But beyond selfies and youth is the more general etiquette of taking and posting pictures of anyone online. This has become an issue fraught with some misguided principles, enough so that I’d like to suggest a few pertinent guidelines that apply to every age group, in every circumstance. Pay heed and you’ll find fewer people scrambling when you walk into a room with your phone!

1. BE AWARE THAT NOT EVERYONE WANTS THEIR PICTURE TAKEN.

Particularly on a bad day, in bad lighting, after weight’s been gained, or just because, well, they don’t want their picture taken. Don’t assume it’s your God-given right to take another person’s picture just because you want to. Don’t do the “oh, come on, you look great!!” routine when Aunt Helen really isn’t feeling up to it. Any good photographer knows the best posed pictures happen when people have acquiesced rather than been browbeaten… and, once they’ve acquiesced, are given the time to fix their hair, freshen their lipstick, suck in their gut, or get out of the shadowed light. If they still don’t want their picture taken after all that, DON’T TAKE IT. Period.

2. REALIZE NOT EVERYONE WANTS THEIR PICTURE POSTED ON SOCIAL MEDIA.

Even if someone agrees to pose for a picture – alone, with a group, with you – that doesn’t automatically mean they want said picture plastered all over social media. It’s become so routine to post every single picture taken that the people doing the snapping and posting don’t always consider the privacy preferences of their subjects. ASK. If you want to post a group shot, check with everyone before you part ways to make sure they’re okay with that. A quick, “If I get some good shots here I’ll probably post a few on Facebook… everyone OK with that?” works. Typically people are, but show them the courtesy of asking. Particularly people who aren’t young, aren’t necessarily enamored with their looks, and aren’t accustomed to posting selfies all over the place!

This should be a given but I’m always surprised at the carelessness of what some people post online. As a photographer (and a subject!), I know the self-consciousness that many feel about having their picture taken and I also know how affirming it can be when a good shot is achieved. In fact, a good photo can boost someone’s self-esteem as much as a bad one can drop it. Be aware that most phone cameras – even the good ones – don’t do well in low light indoors; if you are not a photographer and don’t know how to use Photoshop or other post-production software to enhance or improve a shot, don’t use it. But if you do decide to post your phone pics of other people “as-is,” you are obligated by etiquette to take the time to choose the very best one. Post whatever you want of yourself, but when you’re putting up photos of others, don’t put up that one that was shot in deeply shadowed light, glaring sun, or too dark a room. Don’t put up the one where the subject looks bad because they blinked, their hair was weird, or the angle was unattractive. Don’t choose to post a group shot where you look great but everyone else looks horrible. Have some consideration, some empathy, and realize NO ONE WANTS A CRAPPY PICTURE OF THEMSELVES ON THE INTERNET!!

4. NOT EVERY EVENT NEEDS TO BE MEMORIALIZED BY YOUR PHONE CAMERA.

It used to be you could meet a few friends for lunch, grab a movie with former colleagues, go over to your Mom’s for dinner and no one felt compelled to whip out a camera to “grab the moment.” Somehow we all managed to hold onto memories of lesser moments in life (versus bigger ones like weddings, birthdays, christenings, etc.) without having to collect a bunch of (usually crappy) photos that someone is sure to post online. One could say it’s curmudgeonly to complain about anyone wanting to capture camaraderie and companionship with a camera, but goddammit, sometimes you just want to eat your Niçoise without someone snapping away while you’re chewing tuna. Personally, I could do with fewer of those, thank you.

5. CONSIDER POSTING MORE OF YOUR ACCOMPLISHMENTS AND FEWER OF YOUR SELFIES.

It’s no small wonder we live in a culture obsessed with youth, beauty, cosmetic surgery, thinness, sexual voracity, and so on. It’s we the people who are driving that train! We can complain all we want about what “the media” and the “entertainment business” have done to perpetuate certain unrealistic standards, but if you really analyze the chicken/egg aspect, it’s hard to find the line when even every-day folk are obsessed with their beauty, youthfulness, thinness, etc. How many times do we see mostly women, but some men, too, cycle and recycle their profile pics, while friends do their part by exclaiming with each picture change, “You’re SO gorgeous!”… “What a hottie!”… “You’ve never been more beautiful!”… “Hubba hubba!” (all comments I’ve seen online!)? It’s great to occasionally get a compliment on your looks – who doesn’t appreciate that? – and sometimes you have, in fact, just innocently changed your picture, it posts on the Newsfeed, and friends comment without any intent on your part to elicit that response. But in far too many cases it is about the attention, the requisite comments that feed the need. And we get it; you’re hot, you’re beautiful, you’re sexy. But tell me, was there anything you created or accomplished today that might trump that shot of you in a bikini? Yes, you look great, but I’d be more interested in hearing about the grant you wrote, that song you finished, the Little League team you’re coaching… 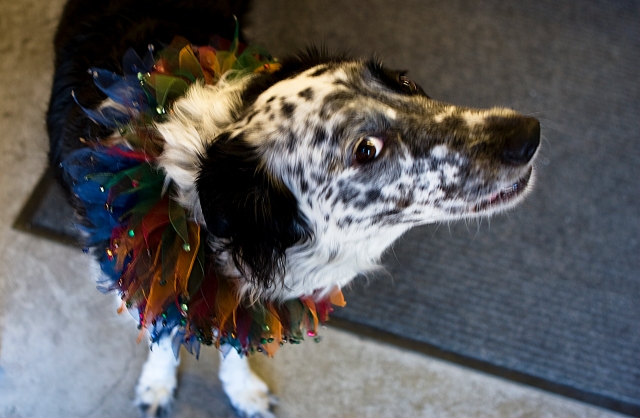 Now, don’t get me wrong; there are categories of posted photos I always love. People’s travel pics, fine art photography, baby pictures, family shots, even that dog with the frilly collar. Gorgeous road trips, the weekend at the recording studio, that last location of your indie shoot are all seriously post-worthy. Your Hawaiian hike, that tour of historical architecture in Venice, the shots of your urban neighborhood will likely enchant me. I’m less interested in your lunch or whatever you mixed up at the wet bar, but if there is something creative in either of these, post away.

The point is: Think about it. Don’t just shoot and post. The fact that everyone now has a camera in their hands demands that we be more thoughtful and considerate about how we approach the matter of taking and posting pictures. Get creative, look beyond the reach of your arm, and have both empathy and consideration. I promise I will never post a crappy picture of you and I’m expecting you to extend the same courtesy to me… because, believe me; that promise gets more important as we get older and facial symmetry gets less and less dependable! 🙂

LDW @ 20 photo from the Lonnie & the Lugnutz files.

Frilly dog courtesy of me.