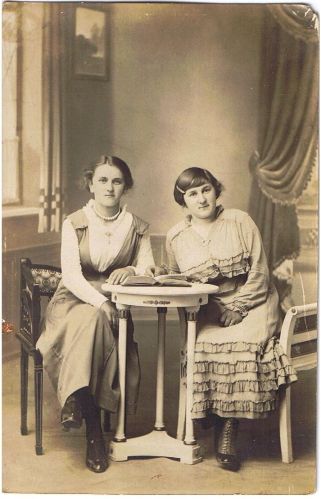 Occasionally I sit outside certain issues, looking at how and why ideas emerged, if all parties involved explored the ramifications, and, if so, just how well thought out the process was.

A good example is the cause célèbre swirling around literary circles these days, the recent throw-down by author Kamila Shamsie in her piece titled, The year of women. Its thesis? An actual year in which only women will get published. Shamsie, after detailing statistical evidence of the clear and egregious gender bias in every category of the publishing world, articulates the challenge this way:

Now that the gender problem has been recognised, analysed, translated into charts and statistics, it is time for everyone in our literary culture to sign up to a campaign to redress the inequality for which all sectors of the culture bear responsibility. Last year readers, critics and at least one literary journal, the Critical Flame, signed up to a Year of Reading Women (YPW). Let’s take it a step further–let’s have a Year of Publishing Women. And 2018, the 100th anniversary of women getting the vote in the UK, seems both near enough and distant enough to be feasible.

So, 2018 will be the year in which, ostensibly, no male writers will be published. It’s believed (hoped) this will go a long way toward righting sexist wrongs. It’s also hoped that feminist-oriented males will go along with the program, with literary contest organizers, judges, and publishers, large and small, jumping on the bandwagon. Does anyone think this will actually happen? Well, so far, small press And Other Stories is on board, but we’ll see. 2018 is three years away and a lot can happen in that time. But still…

I found myself getting twitchy and all “devil’s advocatey” about the whole thing. Certainly I get the reason for such affirmative action — women are deeply under-represented in all areas of the arts, literature no exception — but what does it say that those taking on gender politics believe the way for women to rise is to literally remove men from the equation? Do we, as strong, female artists, really believe it’s necessary to excise men in order for fairness to reign? It seems many do. But I have a slight problem with that. Actually, several problems of varying degrees of slightness. Some maybe not so slight at all.

First of all, if you read Shamsie’s entire piece, you’ll see she makes note of the various gender-based proclivities women themselves fall victim to, ones that help perpetuate some of the very problems she’s railing against:

Of the 252 people who picked their books of the year, only 37% were women. In the past when the issue of women’s representation in literary pages has been brought up, it’s very often women editors who, while voicing their frustration, mention how much more likely men are than women to agree to review or judge or make lists of favourites. Suzi Feay, writing in 2011, stated: “You’d think it would be a pretty easy ask: a nomination for a (not the) book of the year. Yet in the first fortnight, not one female author approached said yes, while virtually all the men did. They had no trouble believing their views were worth having.

I asked Ginny Hooker from the Guardian Review whether the comparative reticence of women writers was the reason the Books of the Year contributors were mostly men. She said: ” We always try to get a balance, and although I don’t have accurate records, my sense was always that more women said no to contributing than men did. But I suspect that if you looked at the number of people I’ve approached, it would probably be more than 50% men — something to do with who is in the public eye.” It’s a triple bind. More men than women get asked to judge, nominate, recommend–and of those who are asked, more men than women agree to do so, and those men are more likely to recommend yet more men. 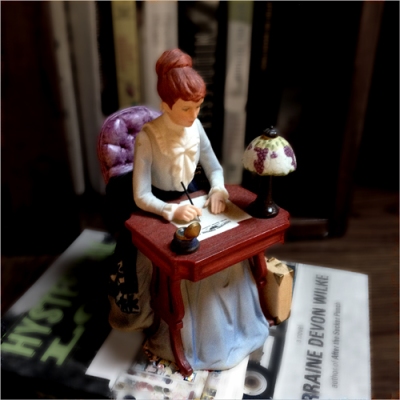 There’s also the fact that many “gatekeepers” in this industry — agents, publishers, publicists, marketers, etc. — are women, and they have much to do with which writers get agents, publishers, publicity; win contests, or, even, just get in the damn door. Personally, and from a strictly anecdotal perspective, I know countless female writers, many of whom are excellent writers, who cannot, for the life of them, get past the query letter stage with agents… and most of the agents rejecting them are women. As for publishers at the helm deciding which writers to push, which to give publicity, and which to send to various high-profile contests, may I ask: how many female publishers pushed their female writers with the same verve, and in the same numbers, as their male counterparts?

So there’s that.
Then there’s the fact that — again, anecdotally — a great many excellent male writers are just as frustrated and stymied in their efforts to advance their careers as female writers. I know several myself. They’re out there in the undulating white water of independent publishing, thrashing their arms in attempts to even be seen, much less reviewed and rewarded. Are we to make the literary marketplace just a little bit harder for them as a way to assuage gender imbalance, particularly when that imbalance is no fault of their own? Does that seem fair?

Look, I’m a feminist, a strong voice for equality, parity, equal opportunity, and certainly equal pay. I’ve not been immune to sexism myself, nor am I unaware that it is deeply entrenched across many levels and layers of our global culture, often in ways that are far more egregious than literary exclusion. But each and every way in which women are marginalized, diminished, minimized, hurt, and dismissed is worth our loud, dissenting demand for change.

But I am also a humanist: the wife of a man, mother of a son, sister to five brothers, and friend to a great many wonderful men, many of whom are artists struggling to build careers and find footing in industries that are challenging for anyone, male or female. So, to suggest that a hardworking, talented male writer, by virtue of his gender alone, would not be able to get his book published in 2018, because that year has been deemed “a year of publishing women,” seems punitive. It seems unfair. It seems… sexist. Which inspires the question: is the only solution to gender bias reverse gender bias?

Women writers do need greater representation in the book world. We deserve greater representation. Women writing beautifully articulated, deeply moving and important books should be in the running for any literary prize, even those largely rewarded to men. They should be as reviewed, as featured; as respected and honored as men. But it’s not male writers preventing that from happening; it’s the gatekeepers, the key holders, the brandmakers, publicity wranglers, and star makers… male and female. It’s the people in power. And yes, some of those are male writers, the uber-famous, phenomenally successful male writers who wield great power in this industry. So we’ll put that rarefied group in with the rest of the power brokers. They are the ones with the power and obligation to right the wrongs of gender imbalance in publishing, not the average male writer.

And so on. Ah… wouldn’t it be lovely if that could actually happen?

Sophie Lewis of And Other Stories publishing, who, as mentioned above, is on board with the “year of women” plan, believes Kamila Shamsie’s challenge is an inspiring “provocation” …

We will have to start now, hunting for the women we want to publish, commissioning translations, and scheduling in the editing sessions. We will end up, we hope, publishing a few excellent women writers we might not otherwise have discovered. This will be a step in the right direction, and a source of pride for us.

But I must ask: why does any publisher need “a year of publishing women” to do that? Why aren’t they doing that already, every single day of the week, during any year, not just one called “a year of publishing women”? They should be. There are a lot of “excellent women writers” they haven’t discovered simply because they’re not looking hard enough, being inventive enough, or stepping outside industry norms enough.

Let’s rethink this, fellow women. We do deserve equal space at the table, but we don’t need male writers to be banished for us to succeed. What we need is for all those in positions of power to raise their consciousness, adjust their thinking, broaden their focus, and take more chances. Seek out more of those “excellent women writers.” Publish them, promote them, give them awards… just as they would the deserving men.

But let’s not wait until 2018. Let’s start “The Year of Publishing Parity” right now. Because every year should be a year for excellent writers, gender be damned.