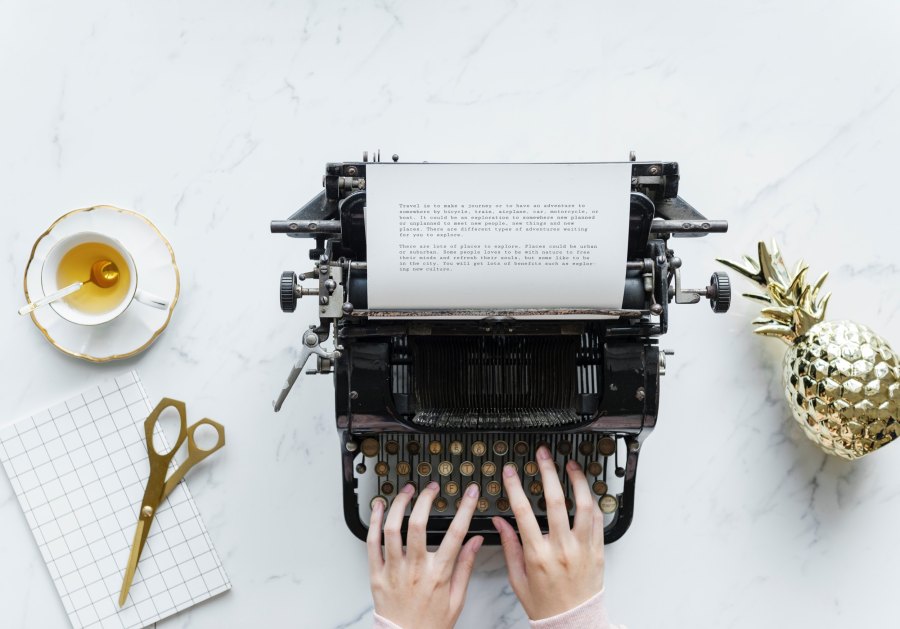 If you think it unlikely that an op-ed on the topic of literature could raise the hackles (i.e., pitchforks) of those reading said article, you might be surprised.

As a writer who’s contributed, and had shared worldwide, reams of political, social, and artistic commentary over the last decade, appearing prodigiously on sites like The Huffington Post, AOL News, Addicting Info, Shelf Pleasure, Indies Unlimited, Women Writers Women[s] Books, indieBRAG, and others, I felt I had a good sense of which topics predictably stirred the ire of the masses: anything on gun reform, religious debate, LGBT issues, partisan politics, even home schooling, seemed ripe for rage. When I bit into any one of those, I did so fully girded for the onslaught to follow, poised for frothing emails, seething comments, and social media shares that inspired further froth and seethe. It came with the territory.

What I didn’t expect was to have my all-time most incendiary piece—the one that triggered the greatest volume of hate mail and trolling comments, countless responding articles ripping me a new one; ad hominem attacks about everything from my hair to my name to my bio to where I live, and, to this day, occasional snipes at my character—to be an article suggesting to self-published authors that quality ought to trump quantity in deciding how much to write.

“Dear Self-Published Writer: Do NOT Write Four Books a Year” (yes, there was some intended click-bait in the title) was a piece I wrote several years back in response to an instructive tutorial I’d found astonishing, one in which a “publishing expert” provided a list of “the ten best ways to be a successful writer” and her very first, her #1 suggestion, was: “write at least four books a year.” This was not qualified or offered with any caveat about making sure those books were expertly crafted, vigilantly edited and formatted, or beautifully designed and produced; no, just, “write four books a year.”

Corresponding comments under her piece, as well as comments shared in writers’ groups discussing these output suggestions, came with mountains of anxiety from writers struggling to get even one book done a year, much less four. But beyond the myriad emotional responses, I felt a certain misguidance was being promoted, one that adversely skewed what a writer’s priorities should be.

As a self-published author myself, and, perhaps more importantly, a reader of many self-published books, I had already been disappointed by the quality of far too many books crossing my path—poorly written, sloppily edited, amateurishly designed—and wanted my fellow self-pubbers to raise the bar, to take this new freedom-to-publish as impetus to demand the absolute best of ourselves, creating work that would position us favorably against any traditionally published author, burnishing opinions and easing stigmas ascribed to self-published work as a whole. So the idea, then, that an “expert” would blithely push self-pubbed writers to focus more on output than input felt anathema to me.

My article conversely (and, apparently, perversely) suggested that quality should always trump quantity in the debate about volume, and given the time and focus standardly required to produce qualitybooks, I posited that cranking out 4+ “quality” books a year would be a challenge for most writers, and, therefore, should not be prescribed as the “#1 way to be successful.”

“Off with her head!” they shouted.

The excoriation sparked by my thesis came largely from self-pubbed writers who clearly did write 4+ books a year, clearly did feel confident they’d met any quality demands, and clearly did take umbrage at my implications. OR it came from those writing 4+ books who’d prioritized sales over criticism of their books’ lack of quality. Or it came from self-pubbed writers who were just annoyed that someone (me) would suggest the self-pub market needed a standards upgrade.

But it was also because I hadn’t considered an essential precedent question: why are you doing this in the first place?

In my insular, perhaps myopic, worldview on the topic, I’d based my thesis on two things: 1.) The many comments shared by a large contingent of authors who didn’t appreciate or agree with the pressure to write 4+ books a years, and 2.) My own sense of why anyone writes and best practices in how that should be implemented. That second part is where I went wrong.

Because I’d made the (incorrect) presumption that all writers are driven to write and publish because they must write, and they want to write high quality books that can sit on a bookshelf next to any Pulitzer Prize winning, New York Times bestselling, positive review inspiring book without standing out as “less than.” That, even if one self-publishes, the goal—the non-negotiable criteria—is to produce and publish a book that, regardless of subjective likes or dislikes, is unassailable in terms of quality.

Turns out my presumption was just that: a presumption. And one I was quickly disabused of in the torrent of response that followed. Below is just a snapshot of some of the nicer comments flung my way (you’d think I was lobbying for child labor or the repeal of Christmas):

1. “I guess you’re rich, but most writers need to make a living and going for Pulitzer Prizes is a luxury we can’t afford.” (I’m not rich.)

2. “I write up to seven books a year and, sure, they may not be masterpieces, but my readers love them and have been more than happy to pay for them. Hah, it looks like you’ve only got two.” (Yep, just two so far.)

3. “Not everything needs to be a masterpiece. Maybe you’re picky.” (Sorta?)

4. “I don’t have time for that kind of quality. I’d rather deal with self-publishing stigmas than never make a penny.” (Hmmm…)

5. “No one in self-publishing is going to listen to her anyway. Elitist bitch.” (Ouch.)

Clearly what I’d left out was the (obvious) reality that not all writers operate with the same set of rules, have the same goals; are working with the same agenda, hold to the same standards, or prioritize their output the same way.

So, OK… what do we do with all that? Where do we go from there? How does any of that apply in terms of the persistent questions, “How much should I write?” and “How many books are expected of me in a year?” It’s said that things don’t really kick in until after your third book (I’m counting on that… my third is out next year!), and building your library really does give you a more powerful marketing position, so those remain good, valid questions to consider. Answering them requires that you sort out these two tasks first:

Figure out why you write.

It sounds so simple but it really is the crux of the matter. If your reason for putting words into form is that you have stories that demand to be told; memories that must be memorialized; imagined scenarios that clamor to escape from your brain into colorful, cohesive narrative, that’s why you write.

If your desire to write is based on the conviction that you can make money putting out easy-to-digest books that fall into popular genres that appeal to wide swaths of readers; if you want to create simple tomes so family and friends can access books you’ve written; if you want to write solid books that don’t have to be prize-winners but will tap into active and commercial book selling markets, that’s why you write.

There are likely other reasons; those seem the main ones.

Then figure out how you want to write.

If your “why” is the former, it may follow that putting out the most beautiful, creative, editorially polished, breathtakingly moving book is your goal. If so, that’s going to take time. You might not need Donna Tartt’s eleven years, but odds are good it’ll take many fastidious, thoughtful, detail-oriented months/years to fine-tune your book to the level you desire. However it gets published, you may not ever see profit from it. Or you may. It may win the Pulitzer… or only get fifteen reviews at Amazon. It may garner stellar editorial response, passionate readership, and accolades from respected literary contests. Or not. But if it is the book you want it to be, it will be your creative legacy, and that, itself, is of value. But that kind of book will likely allow you to only produce one book a year, perhaps one every two years. Or so. And that’s OK.

If you’re the latter in the “why” camp, odds are good your “how” goals will be less lofty. You’ll choose to put out work that meets at least a modicum of quality criteria, but, like someone said, not everything has to be a masterpiece. And if your priority is making some bank, you can push yourself to get it written fast, accelerate the production timing, and get more than one book out a year. Maybe more. Maybe even the four that “publishing expert” advised. You might make money, even get some good reviews, but either way, if your goal is quantity and you’re meeting that goal, more power to you. Hopefully you’ll score in the dollars department as well.

The moral of the story is: if I had to write my original article over, I’d have written this one, because it’s more to the heart of the matter. Yes, I’d still insist to anxious authors that the demand to write four books a year is NOT the only way to be successful… not by a long shot. But I’d also make this most salient point: you do you. Define why you write and design the work model that best implements that reason. Once you’ve got all that figured out, the timing of production and the schedule of how many books to produce is easy to plot out, and all in your hands.

And though it may be trite, it’s stunningly true: Just enjoy the journey.

Photo by rawpixel.com on Unsplash