When I was a kid growing up in Catholic schools there was much discussion on the topic of “purity.” We were awash in demands to maintain it, honor it; fight any urge to sully it. “Impure thoughts” were sins, “impure actions” were damnable, but being a sentient little girl with an open mind I was beset by both (albeit of strictly PG nature) even before puberty hit. As you can imagine, I spent significant time in confessionals penancing for those biological curiosities.

“Purity” itself is a curious word. Signifying “immaculateness,” “cleanness” and “untaintedness,” it’s also aligned with “whiteness” (hmmm…) and a slew of other definitions suggesting it’s the condition of being free of guilt, evil, pollution, debasement, and other contaminates that make a thing, or person, one presumes, undesirable.

As applied to political candidates, how does “purity” play? Are those who fail to meet standards of hard-left progressives (as opposed to, say, regular, moderate, or center progressives) deigned sullied and contaminated, unworthy of political consideration? Who decides how pure one needs to be to pass the test; can someone be pure on one issue, “tainted” on another, and are candidates ever graded on a curve?

I ask because, as occurred in 2016, the wholesale slamming of good, decent people running in the Democratic primary is again happening in the name of “purity testing.” Spend any time on Twitter or other social media and you’ll find biblical threads of caustic debate dedicated to the parsing of and pouncing on of anyone who dares tilt from the hardest of hard left progressive platforms, often concluding with familiar foot-stomping assertions like, “if they steal it from us again I’m not voting for anyone!” (insert whichever us applies).

This, at a time when a certified lunatic looms in the White House and exorcising him from our national stage is paramount to the literal survival of many… of the world, at this point.

Perhaps those waving purity flags most vociferously are so dogged in their enthusiasm they’ve missed the unique urgency of this moment, determined, instead, to fight to the death for purist ideals without considering the impact a potential loss to Trump would impose not only on them, but those outside their bubble. Perhaps they’re framing this election as a pivotal moment when activists and socially conscious citizens are supposed to fight for essential, necessary change.

But here’s the rub: this isn’t like any other election. Not even close. This is a fight between good and evil, survival and destruction, democracy and authoritarianism. Rule of law and flagrant corruption. Life and death. Sanity and insanity. Peace and war.

Hyperbolic? Just look around, people… and we’re barely into the new year.

Younger voters can, perhaps, be excused for any confusion or myopia on the topic. They’re newer at this, idealistic as hell, and driven by passions unbowed by historical perspective. They’re activated, plugged in, and convinced about what they want, what they believe the country needs, and won’t accept otherwise. In a normal election, their indefatigability would be applauded. It is applauded, even now.

What isn’t? Tunnel-visioned political petulance. Assailing candidates under the shared tent who are deemed “not pure enough.” The “take my ball and go home” intransigence that is too often bundled with passion. We, as a nation, cannot afford that sense of entitlement, not ever, certainly not now. 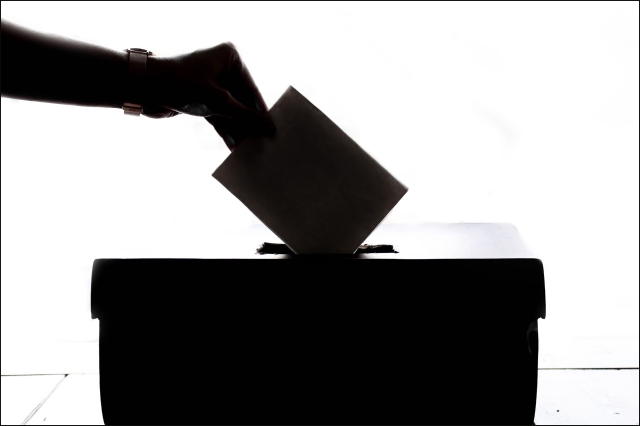 But I get the enthusiasm. At the dawn of 2019, I was very vocal in my demand that we finally—and well behind 70+ other democracies—elect a female president. I wasn’t alone: the evolution of culture demanded it, the gender balance of our country demanded it; the logic of who, per countless studies, provides exemplary leadership and management skills demanded it. And though occasionally accused of “voting with my vagina” (thanks to the weary, sexist trope immortalized by purity cultist, Susan Sarandon), I made clear it wasn’t just about gender. It was about who I believed would best serve as president and who I believed could beat Trump.

I believed Kamala Harris was that person. So I attended rallies, wrote articles, spread the word, would have done more but then… she was out. After months of strangely vapid media coverage, pushback from purity testers snarling about her law enforcement background (amongst other things); unhelpful campaign blunders, predictable disdain from racist/sexist small-minds, and the burgeoning demand for mega-dollars as billionaires joined the fray, she dropped out and I lost my candidate.

Yep, ball in hand, facing the direction of home, I moped, snarled, and vented. Then I turned back around and reassessed. Nothing had changed in the #1 priority: beating Trump. Nor was there any less urgency to choose the candidate I believed was best positioned to do that. And not just in liberal, progressive enclaves, but out in the wide world of middle, southern, northern, eastern, western, blue collar, lower income, less liberal, more conservative, moderate, centrist Democratic America. The one with voices, experiences, and circumstances as diverse as our population; the one that doesn’t necessarily like Trump but tends to find “socialism” suspect and women presidents discomforting.

Party extremists may choose to ignore that huge, disparate demographic, but it’s at their peril. Mature voters know we need them all to get the job done.

Maturity vs. purity. That’s the stark choice for Democrats this go-around.

Circumstances in 2020 demand that citizens of compassion, empathy, and civic responsibility prioritize “the greater good,” a concept that transcends every other metric on the table. Anyone with a grasp of both history and the power of selective compromise knows our most urgent task at this moment is saving America—the world—from four more years of Trump, front-burning choices and decisions to best ensure his removal, thereby securing the survival of policies and platforms that aid all citizens, not just those who are rich, white, evangelical, or conservative.

It means understanding that purity, like perfection, is unattainable, and certain passions may have to be put on hold until we no longer have a deranged person in the White House. It means understanding that the noble principles many are fighting for—Medicare-for-All, student loan forgiveness, immigration reform, breaking the glass ceiling—can only be prioritized after the basic demand of beating Trump has been accomplished, when the possibility of losing an election comes without tangible risk to the health and welfare of an entire nation…the world.

Joe Walsh, an occasionally teeth-gnashing Republican who notoriously helped elect Trump in 2016 and has often espoused opinions likely to offend any liberal, is currently primarying him. And though who knows where he’ll lean post-Trump, at the moment he’s a Never Trumper earnestly apologizing for his part in Debacle 2016, speaking openly (a rare feat amongst Republicans) against the man and his corrupt administration. And Joe Walsh recently articulated my entire thesis in a 230-character tweet, making it a perfect summation of what’s at stake:

As I learned in grade school, purity may be touted as an admirable trait, but outside of diamonds, dog breeds, and organic soup, it doesn’t much allow room for life’s vagaries and the demand of circumstances. Maturity does. And being a mature voter in 2020 means prioritizing the “greater good” (urgency made even “greater” by Trump’s warmongering move of 1.3.20). It means supporting the Democratic ticket, whoever it is, and fighting like hell to get them elected.

Because purity means nothing if you have no power, and though protest votes, write-in votes, and third-party votes may feel righteous and rebellious, they will not get you what you want: power or progress.

They will only get you Trump… and nothing could be less pure or progressive than that.