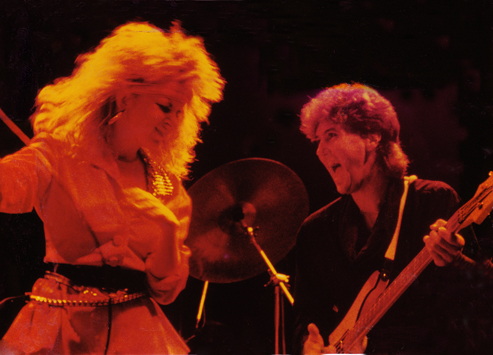 I’ve loved it since I first put a needle on a 45 (yep, that old). It soundtracked my life, reflected my heartaches, and serenaded my romances. I’ve lived music as a longtime singer/songwriter and I remain admirably contemporary in my musical tastes (i.e., I knew who Arcade Fire and Muse were). So when I watch the Grammy Awards I do so as a fan, a cheerleader, a participant and, yes, a critic.

There was obviously an abundance of extraordinary talent on that stage. These are, after all, the folks being awarded for excellence, they should be talented! And while there are those select few who perform with elegant simplicity, it lately seems that to be truly relevant in today’s music industry, one is expected to put on a production worthy of Franco Dragone. Act after act exploded onstage with cadres of limb-snapping dancers, robotic vocorder vocals, lights and smoke and mirrors and enough gymnastics to exhaust Cathy Rigby. As I blinked frantically enough to ward off potential seizure, I couldn’t help but wonder why cacophony has so thoroughly bewitched the art of music.

No one loves snappy choreography more than me, spectacle is fun, and vibrant stage presence is a must as a performer. But when you not only have to possess the body of doom, Alvin Ailey dance moves, a fierce stage entourage and panoply of digital enhancements, it no longer seems required to be all that good at the actual singing part. Or at least it’s getting harder and harder to figure out if you are.

Allow me this profoundly incongruous analogy:

The recent Taco Bell “where’s the beef?” brouhaha struck a chord with a bevy of burrito and taco consuming folks. Look, they reasoned, if you tell me I’m getting a beef taco with sand product and oatmeal dust and I still want to buy that taco and inexplicably find it palatable, you’ve done your job as an honest promoter and I’m a consumer with no taste. Likewise, if a listening, cheering, music-purchasing fan knows the artist they’re consuming is a gussied up digital creation — each note auto-tuned to perfection, every strum mimicked by an actual player and those original songs ghost-written by a pro — and they still love that artist, well, OK…they’re buying into the illusion (delusion?) and no harm done. They don’t mind the sand and oatmeal.

But what about those of us who want the real thing? Who want to know that what we’re hearing and cheering is true talent, perfected over years of experience or nurtured from innate ability? That a songwriter we admire has honestly created his catalogue, artfully rendered from hours in the bubble with his creative muse? That the joyful noise we’re singing along to was actually created by the vocal chords of that photogenic boy or girl on the CD cover? 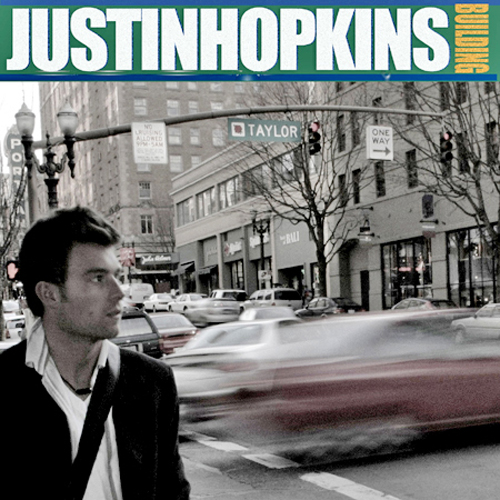 This isn’t necessarily a new conundrum. Remember Yvette Marine (“Corvette” of The Mary Jane Girls)? The Yvette of the Marine vs. Abdul brush-up in the early ‘90s? Yvette was a vocalist hired to “co-sing” on Paula’s album, Forever Your Girl. After she became convinced that the bulk of the actual vocals used on the record were hers (as opposed to vocals used only to enhance Paula’s), she sued Miz Abdul and the record label. The suit stirred a lot of discussion about the authenticity of contemporary artists and much was made about that and the Milli Vanilli fiasco. Yvette lost (surprise, surprise) and ultimately disappeared from the spotlight, but the event brought to light the dirty little practice of “ghosting.”

Full disclosure: I did plenty of “ghosting” myself. Back in the late ‘80s, early ‘90s I, too, was hired by producers to come in and ghost the vocals of big name stars who wanted to or were required to sing but lacked the ability to professionally pull it off. Before the ubiquity of Pro Tools and its digital ease of vocal correction, the limitations of analogue technology demanded the actual creation of an in-tune note to boost and replicate the ones that missed the mark. I ghosted a famous actress who starred in a Disney film with music, an A-list TV actress who co-produced a movie about the music biz, and several other lesser-known singers who yearned but 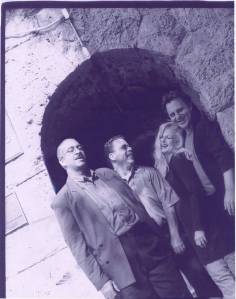 could not produce. With the Disney project my vocal was predominantly used on the theme song of the movie but I at least got union wages, credit as a “singer,” and residuals for years after. The TV actress? She never knew I stood in a vocal booth for hours, sweating to create the necessary vocal affectation to sound like her but in-pitch. No one knew except the recording engineer and the music director. I was paid cash, shook on an NDA, received no credit and later, while catering an event for the very TV show on which she was a star, found irony inescapable when she rudely snapped at me while ordering her drink, huddled with friends jabbering on about her soon-to-be released movie. True story.

Despite that dubious practice, every real singer I knew made all efforts and took great pride in being able to hit their notes with heart and tone and as little technical assistance as possible. It wasn’t about perfection – the grit and feel of a voice was far more valued than pitch, but the goal was to make it as soulfully good as it could be without the help of technology. When it was necessary, analogue engineers had to adroitly punch in words or syllables that needed pitch correction and that could take some serious billable time, something we all wanted to avoid. Sometimes we were obligated to re-record entire sections of a song for that one bad note. So we worked our chops in the process, knowing that a solid, authentic voice got you both work and respect. Then came Pro Tools and the tide turned.

When I last recorded in a digital studio in Burbank, CA., the engineer working with my group was also engineering the sessions of a young (to remain nameless) TV star who was selling records by the boatload and, as it turns out, couldn’t sing a lick. Our engineer reported that he was required to auto-tune “I’m not exaggerating, every single note” and spent even more time trying to get her tone somewhere near human aural tolerance, even in live performances.  She was aware of all this and it didn’t bother her. The finished product was perfect and that’s all she and her handlers were concerned with. She was a huge singing sensation and that record? Yep, sold millions. Sand and oatmeal.

When Esperanza Spalding staged her upset much to the chagrin of Bieber handlers and screaming Wikipedia-hacking pre-teens everywhere, it was a sweet moment of victory for authenticity. I don’t begrudge young Justin his success; every era has its cute-boy singers and he’s on a delightful par with Bobby Sherman, Davey Jones, David Cassidy, even Simon LeBon. He has his talents, certainly, but put him on a stool with an acoustic guitar and no trickery and we see the limitations behind the curtain…a young, sweet boy struggling to meet the demands of his oversized hype. Saturday Night Live has unwittingly served to “out” many in the ranks of dubious stars who lack authentic singing skills, from Nelly Furtado, Britney Spears, Taylor Swift, even the nominated Florence and the Machine. And yet, strangely, even when it becomes painfully clear just how limited these singers are, fans don’t seem to care. Watching some of the train wreck performances at times I’ve thought, “Dear God, if I was that person’s manager I’d be rolling over in my tanning booth right now,” but there’s little ripple, no loss of stature, no harm done. Inexplicable. Sand and oatmeal. 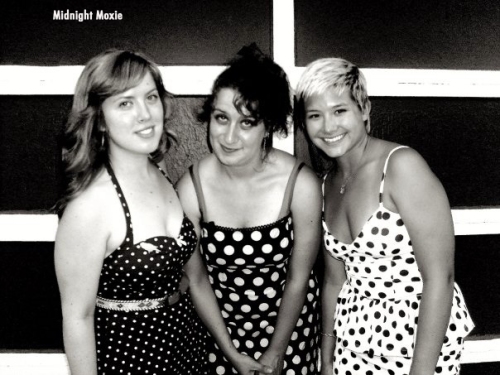 But don’t get me wrong. I love contemporary music. I listen to it daily, download it on my IPod, work, speed-walk, clean my house and rock out to it, mostly to artists much younger and hipper than I ever was. Even Eminem; come on, how cool does that make me?! 🙂 And it’s not all about being a good singer: Bob Dylan was never a good singer but his cachet was his poetry and heart. Plenty of hugely successful artists of every era and generation brought eccentricities and quirks to their music…but it was real. It hadn’t been manufactured by a wizard behind a Pro Tools console. Say what you will about American Idol but most of the artists we now know from that show had to actually perform, sometimes with no accompaniment, no rehearsal, and with trembling, unenhanced vocal chords. Kelly Clarkson, Carrie Underwood, Chris Daughtry, David Cook, Adam Lambert and the inimitable Jennifer Hudson are all formidable artists with original talent as vocalists, some as songwriters, and all were tested in ways that would have sunk many a current marquee name long before Hollywood week!

Obviously the technology is here to stay and like any other evolutionary advance, it can be used for both good and evil. Despite its abuses, it also allowed me and many other independent artists to make our records and it has literally revolutionized the recording industry in ways both marvelous and expansive. It has leveled the playing field for brilliant talent in films and TV, as well, allowing under-funded artists to create amazing product where, prior, they wouldn’t have even had the chance.

And, more importantly, it’s clear that even in the midst of all the bombast and artistic chicanery, true artists do emerge. Young bands and singers who work hard to truly master their craft and honestly create. Journeymen who evolve and continue to inspire. They’re amazing and hopeful and that the Grammy Awards made note of many of these artists was especially gratifying. Because every once in awhile someone like Esperanza Spalding pierces the curtain and shows them all how it’s done. Quietly, brilliantly, with no hip-hopping hordes and a minimum of special effects. And we out here who long for the flavor of something real are delighted by the authentic and mesmerizing talent. Not a speck of sand or oatmeal to be had. Ahhh.